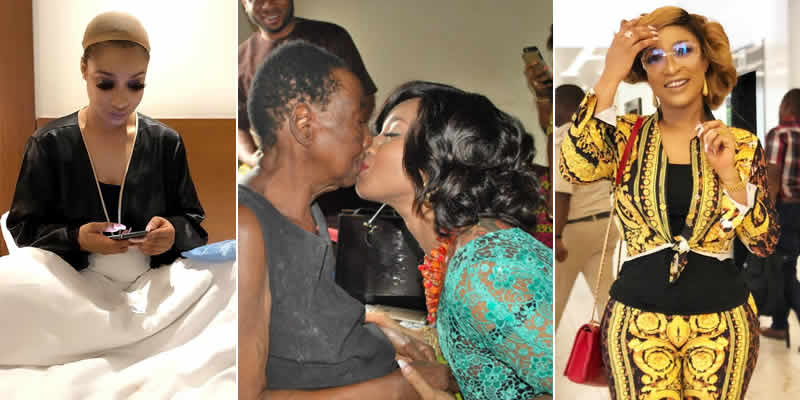 Nigerians have reacted to the new revelation made by Nollywood actress Tonto Dikeh.

The mother of one revealed on her YouTube series, “Grub and Rub with king Tonto” that she hated her mother for most of her childhood up until she became a full adult.

According to her, she hated her mum for dying and leaving her at that tender age.

If we’re not talking money, count me out –…

I was not arrested for drugs in Dubai – Tonto Dikeh explains…

Tonto also revealed that she grew up with that resentment and hatred for her until she turned 28.

Tonto then revealed that she got professional help when she turned 28, and was able to let go of everything.

Nigerians in reaction to Tonto Dikeh’s comments quickly opened up the old allegations of the actress beating up her former mother-in-law.

Read some of their comments below: 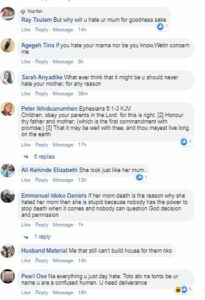 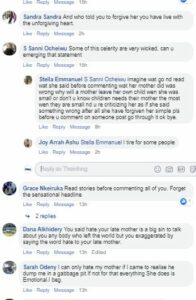 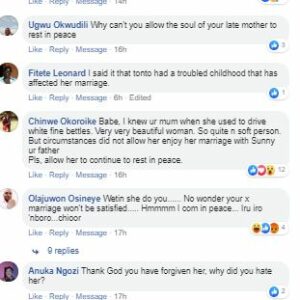