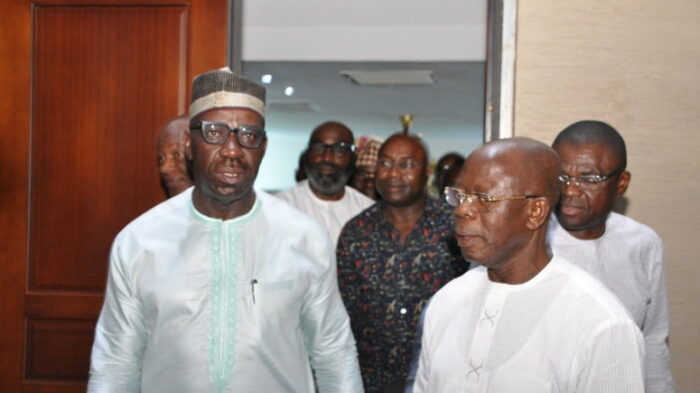 The embattled governor of Edo State, Godwin Obaseki, has finally left the ruling All Progressives Party to pitch his tent with another party. He made this known to journalists right after his meeting with President Muhammadu Buhari at the Villa on Tuesday.

Obaseki has for long been embroiled in a political battle with his predecessor and current Chairman of the ruling party, Adams Oshiomhole. However, the matter escalated when he was disqualified during preliminary screening for the party’s state primary election.

According to the screening panel, Obaseki’s certificate contains certain discrepancies. The governor debunked the allegations.

While Obaseki’s ordeal is believed to have come from Oshiomhole, others disagreed and berated him over various allegations. Some of these include his certificate saga, refusal to inaugurate 14 state lawmakers up until the present moment, flouting party orders, taking one’s party to course among others.

Rumours have it that the Governor is already in talks with the opposition PDP, but he made no disclosure on that. He, however, confirmed that he would be pursuing his second term ambition in another party.

The Edo state election is slated to hold in October of this year and the APC governorship primary has already been slated for the 22nd of this month.