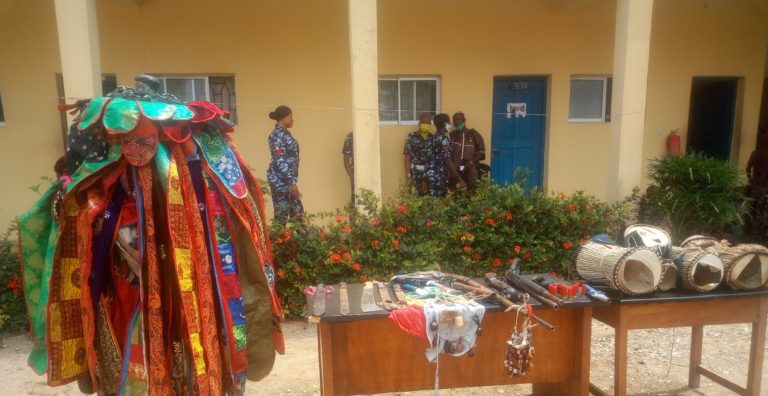 According to the reports, a popular masquerade in Ede, Osun State has been arrested by men of Osun State Police Command for fomenting trouble.

When the masquerade came out, there was pandemonium in the town and a man identified as Mukaila Ismaila was injured and rushed to the hospital, Daily Trust report.

Nigerian lady laments after travelling with family to Osun…

Man arrested for killing sugar mummy and fleeing with her…

The matter was reported to the police.

Policemen were deployed to the scene but some hoodlums following the masquerade engaged the policemen in a gun duel.

The Commissioner of Police in the state, Undie Adie, confirmed the arrest of the masquerade and other suspects.

The police chief said the masquerade and all the suspects would not go unpunished.