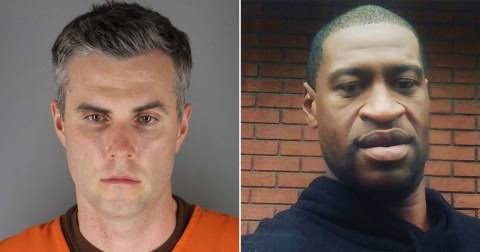 Thomas Lane, one of the former police officers who was charged for murder of George Floyd has been granted bail after posting bond.

Mr. Floyd who was a black native was killed by the police at Minneapolis in the United States after a an officer kneeled on his neck for over 8 minutes till he passed out.

Lane was one of four officers involved in arresting Floyd on Memorial Day on suspicion of using a counterfeit $20 bill. The arrest led to Floyd’s death, which has sparked global protests against racial injustice and police misconduct.

Thomas Lane who is one of the officer charged for the murder was released yesterday from Hennepin County jail with $750,000 bail condition.

His lawyer, Earl Gray confirmed that he was released on Wednesday afternoon after posting bail.

Family members of the ex Corp has however set up a fundraising page for their relative asking public to donate for his defense fund.