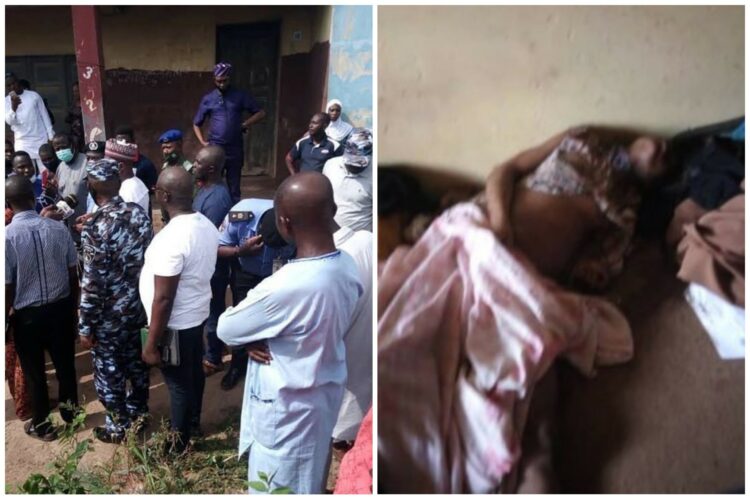 According to the latest report, a soon-to-be mother and postgraduate student of University of Ibadan identified as Shomuyiwa Azeezat has been found dead in a pool of blood in her home.

Further report disclosed that the deceased was mysteriously found dead with a huge stone next to her lifeless body on the mattress, which was an indication that it might have been what was used to kill her.

The head of the students while giving details of Azeezat’s death said;

“During a visit to the deceased’s residence this afternoon by the Students’ Union leaders, it was confirmed by neighbors that she was hit with heavy stone on the head and no confirmation of any incidence of rape.

“However, investigations are on already by the Nigerian Police force, Oyo state command. The Commissioner of Police in the state also paid a visit to the venue of the incident.”

Azeezat was in her 7th month of pregnancy, waiting to deliver in few months time but couldn’t make it as her life was cut short by an unknown person.

Her neighbours and co-tenants have been arrested for interrogation into the murder of the young lady.