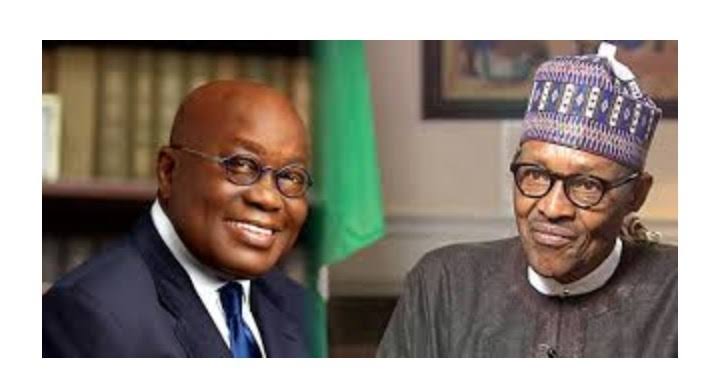 According to the reports, Ghanaian President, Nana Akufo-Addoa via a phone call has apologised to President Muhammadu Buhari Over the demolition of the Nigerian High Commission in Accra.

In a telephone conversation on Tuesday, June 23, Akufo-Addo apologised over the unfortunate incident that has sparked reactions from the Nigerian government.

Recall that last week Friday, June 19, a businessman who claimed to be the owner of the land where the staff quarters were erected, led some thugs and a bulldozer to demolish the building.

A statement released by President Buhari’s Senior Special Assistant on Media and Publicity, Garba Shehu, says the Ghanaian President told the President he has ordered an investigation into the matter. 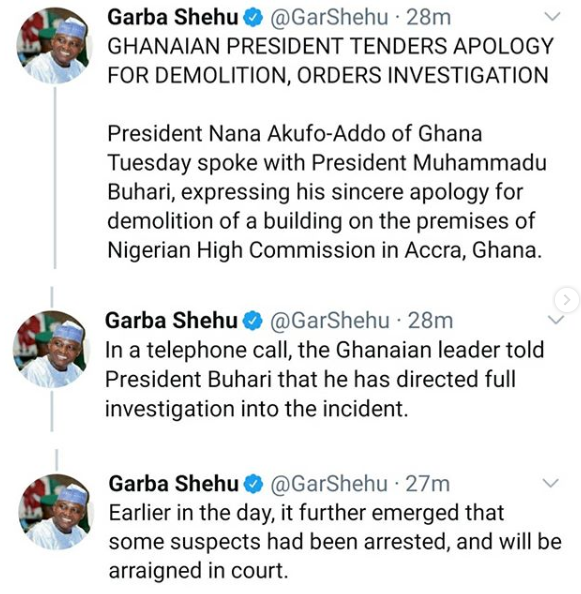