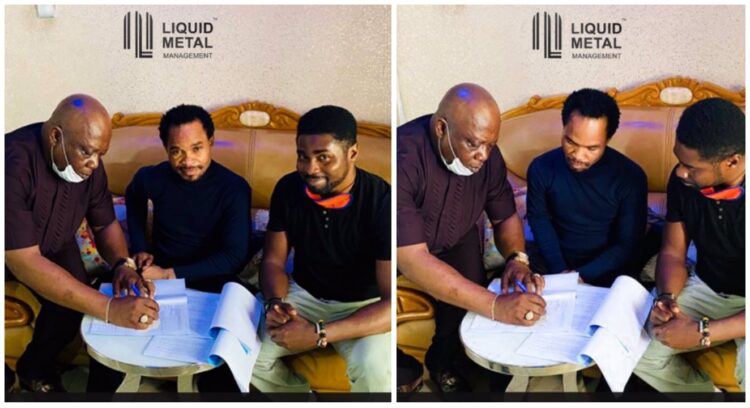 The founder of Mountain of Holy Ghost Intervention and Deliverance Ministry and one of Nigeria’s controversial pastors, Chukwuemeka Ohanaemere, better known as Odumeje ‘The Lion’ has signed a management deal with Liquid Metal Management.

According to reports, Liquid Metal Management is a media and Communications (Brand Development & Management) team in media/communication, talent management and PR strategies.

The Anambra-based controversial and radical Nigerian prophet was unveiled as part of the team on Saturday as he was welcomed by the Executives of the brand as their first signing.

Their statement reads;
“We’re excited to announce the official unveiling and sign on of the Indaboski brand-aka-The lion himself into the @liquidmetalng management firm.”

It’s official.
The Lion himself, the Indaboski brand is now signed to the Liquid Metal Management Family. #LiquidMetalNg pic.twitter.com/ZjkbIbW7MW

Prophet Odumeje is known for his controversial style of preaching as well as describing himself as the Liquid Metal among other sort of names. 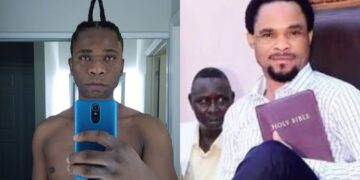 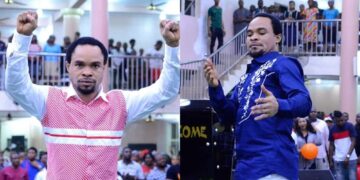 Prophet Odumeje reveals source of his power and money (video) 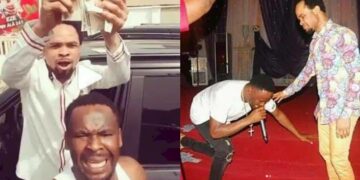 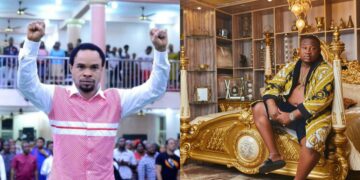 Cubana Chief Priest calls Odumeje his prophet, gushes about how much he loves him (Video) 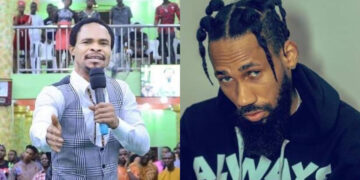 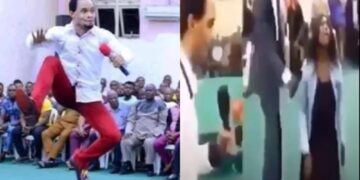 Trending video: Lady in tears as Prophet Odumeje prophesies death on her