Reactions as Twitter rolls out Voice Note for iOS, no words on when feature will be available for Android users 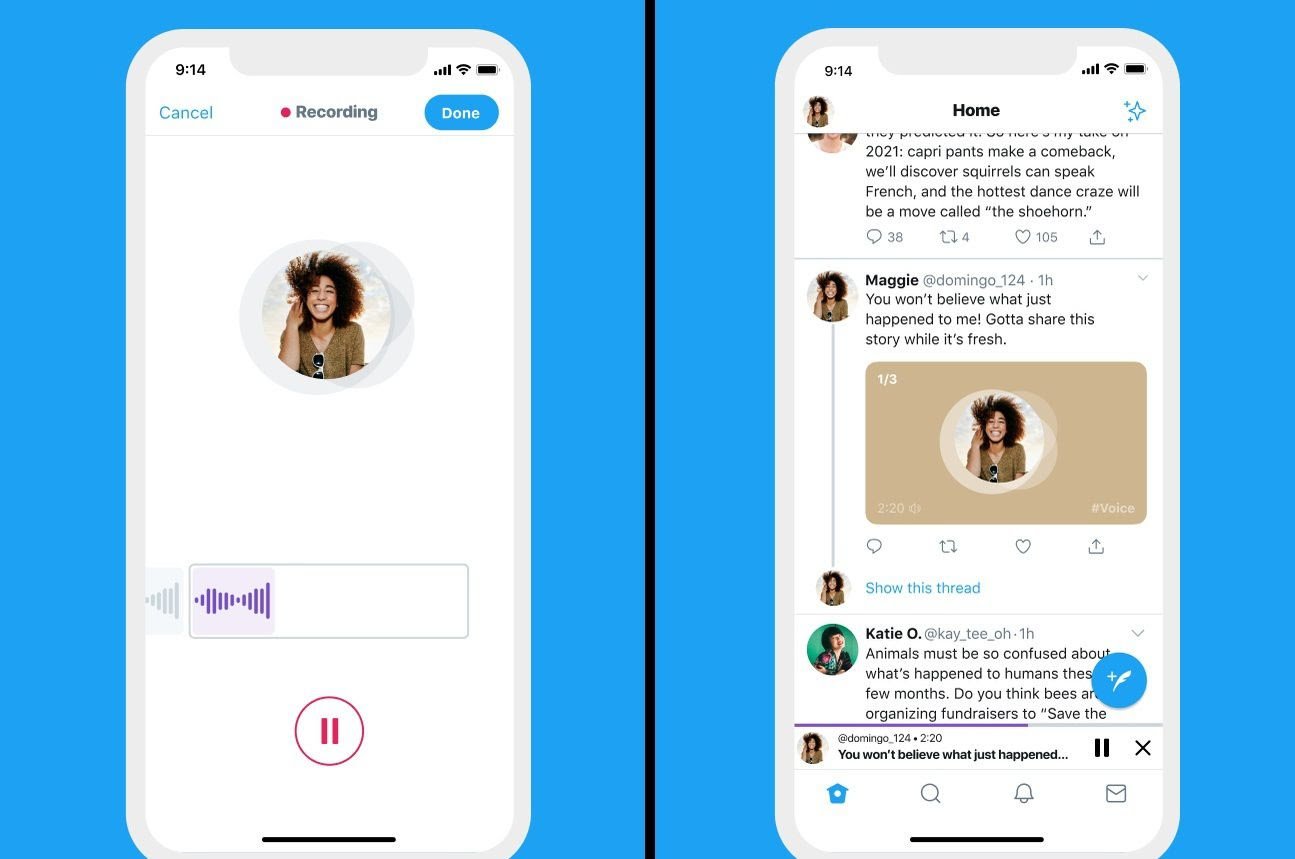 According to the reports, popular social media platform, Twitter has rolled out the ability to do a voice record and attach them to tweets.

However the reports disclosed that the new feature which was launched on Wednesday is available first on iOS and for “a limited group of people,” according to the company.

“Sometimes 280 characters aren’t enough and some conversational nuances are lost in translation. So starting today, we’re testing a new feature that will add a more human touch to the way we use Twitter — your very own voice,” Twitter’s Maya Patterson and Rémy Bourgoin wrote in a blog post.

To know if you have got access to it, you’ll see a new waveform icon beside the camera icon when composing a tweet. Tap that, and a red record button appears at the bottom of the screen, which you can tap to start recording your message.

“Each voice tweet captures up to 140 seconds of audio. Have more to say? Keep talking. Once you reach the time limit for a tweet, a new voice tweet starts automatically to create a thread,” Twitter said.

Rolling out today on iOS, you can now record and Tweet with audio. pic.twitter.com/jezRmh1dkD

However, following the latest update, Nigerians have taken to the platform to react as there is no word on when feature will be available for Android users.