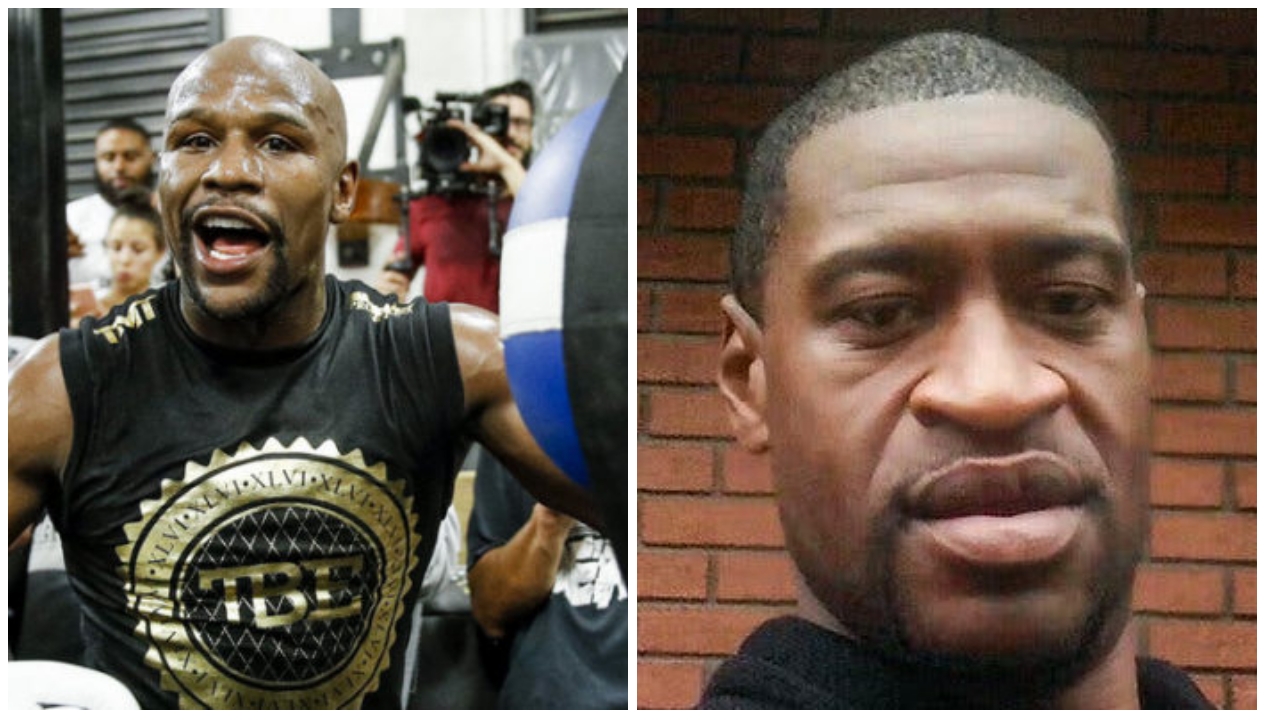 Recall that George Floyd died last week after a Minneapolis policeman knelt on his neck, an act which has led to massive and violent protest in the US.

Ellerbe confirmed to ESPN that Floyd’s family had accepted Mayweather’s offer to pay for funeral services.

“He’ll probably get mad at me for saying that, but yes, (Mayweather) is definitely paying for the funeral,” Ellerbe said.

Mayweather “has done these kind of things over the last 20 years,” added Ellerbe.

He said the former five-division world champion, who retired in 2017 with a 50-0 record, didn’t want to talk about his gesture himself.

The lawyer for Floyd’s family said Monday that a funeral will be held on June 9 in Houston.

However, an official autopsy released on Monday has revealed that Floyd died in a homicide involving “neck compression.”

Police officer Derek Chauvin has been charged with third-degree murder and one count of negligent manslaughter in Floyd’s death.