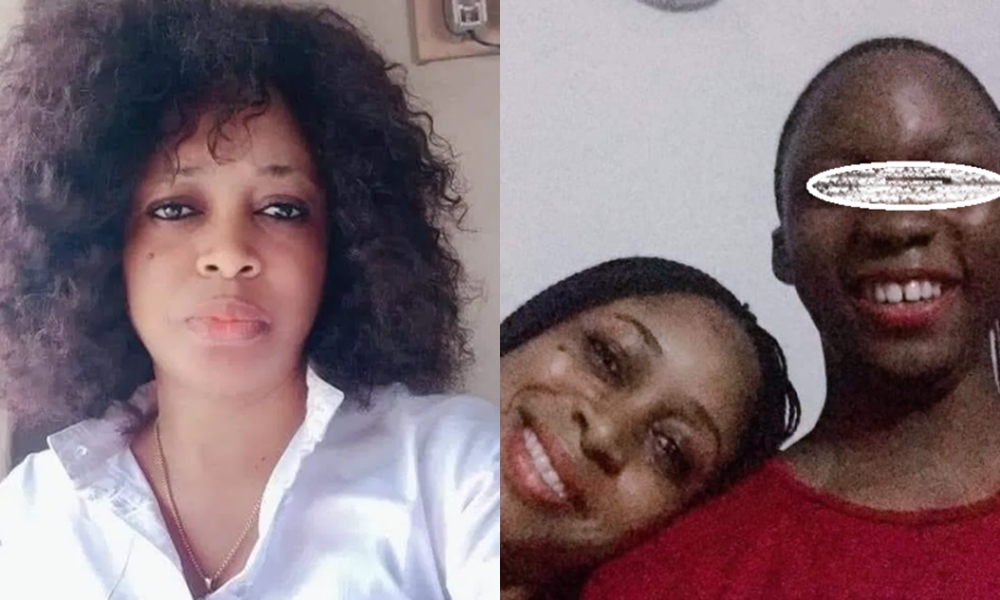 A single Nigeria mum has died by suspected suicide in Port Harcourt after taking to Facebook to post a cry for help that no one took seriously.

Princess Folashade Eloho Bello took to her Facebook page on June 19 to pour out her heart as she spoke about giving up hope but ended the post with a smiley that masked the pain in her heart. 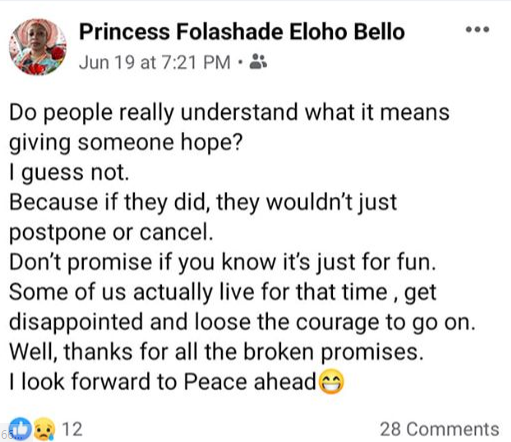 Due to the smiley face emoji, friends say they didn’t understand that she was going through a lot.

Two days after sharing the post, she allegedly committed suicide on June 21. Her Facebook friends claim she consumed some harmful liquids. They also claim that she was depressed.

She leaves behind her young son, Cristal. 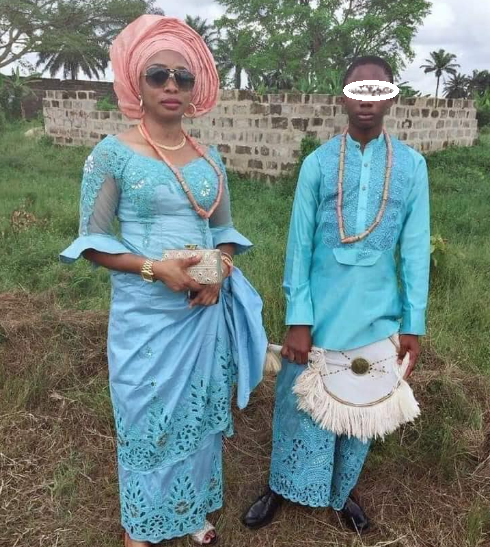 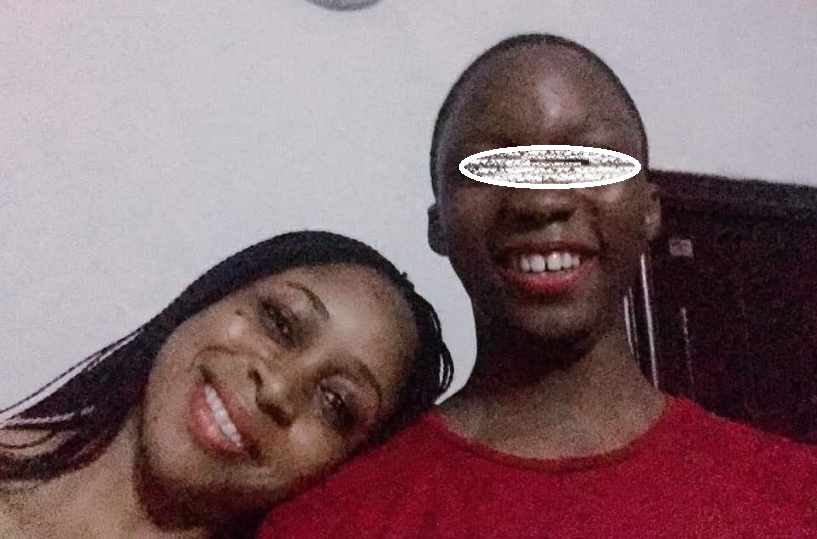 A counsellor who worked closely with her took to Facebook to announce her death and mourn her. He disclosed that she bought his self-help books in 2018 and he was shocked to hear that she has taken her life. 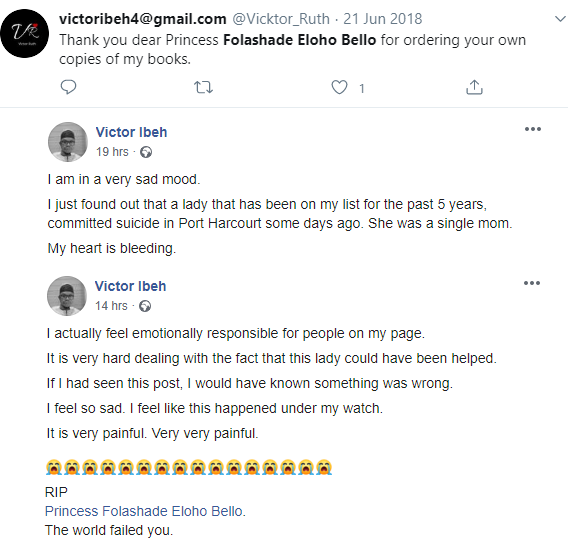 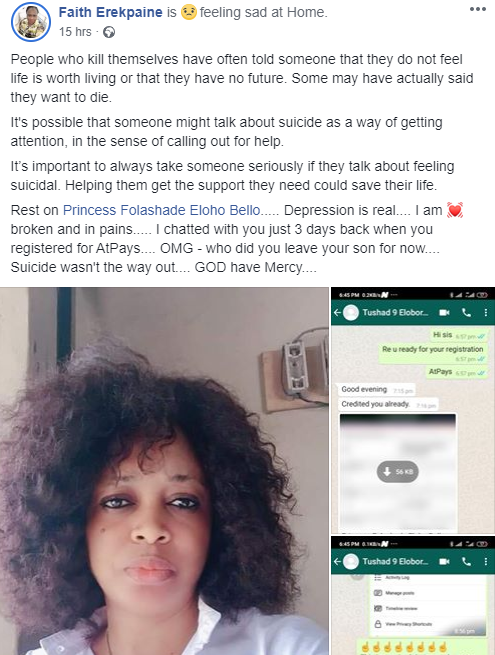 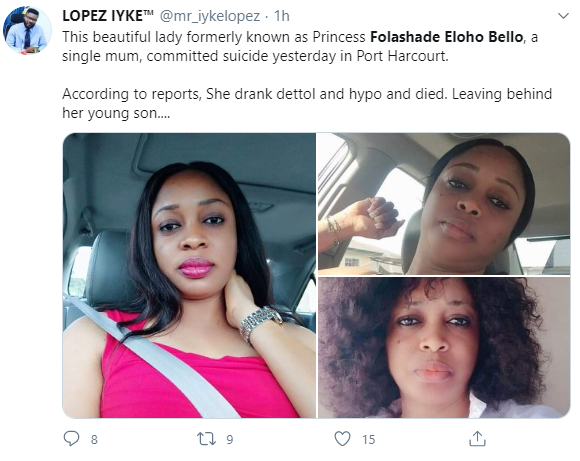 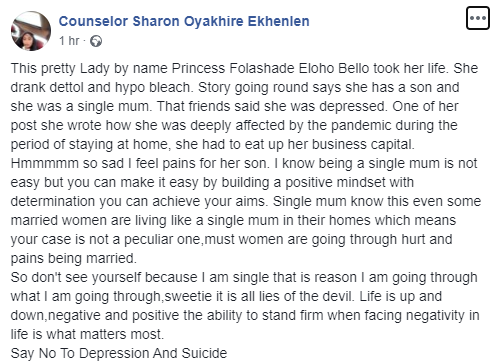