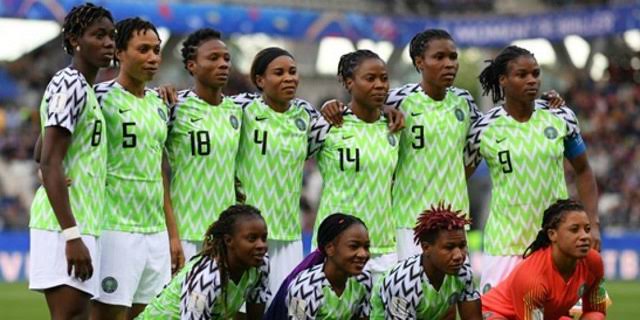 The Super Falcons home kit has been voted the best jersey of the 2019 FIFA Women’s World Cup in France.

The jersey, a mixture of cool green, white and black was nominated by FIFA on Sunday, which also includes Australia, England and Germany, Completesport reports.

Nigeria finished in first position with 50 percent of the votes, while Australia came second with 21 percent.

The Super Falcons recorded only one win in the group stage against South Korea, losing to Norway and hosts France.

The 2-1 win against the Koreans was enough to see them to scale through to the Round of 16 for the first time since the 1999 edition in the United States of America.

The West Africans however bowed out of the competition in the second round after going down to a 3-0 against two-time world champions Germany.

Rema reacts as Apple Music puts his face on a billboard