‘The quality of life shouldn’t be confused with the quality of toys’, Korede Bello advises youths after being mocked for using Android phone on Twitter 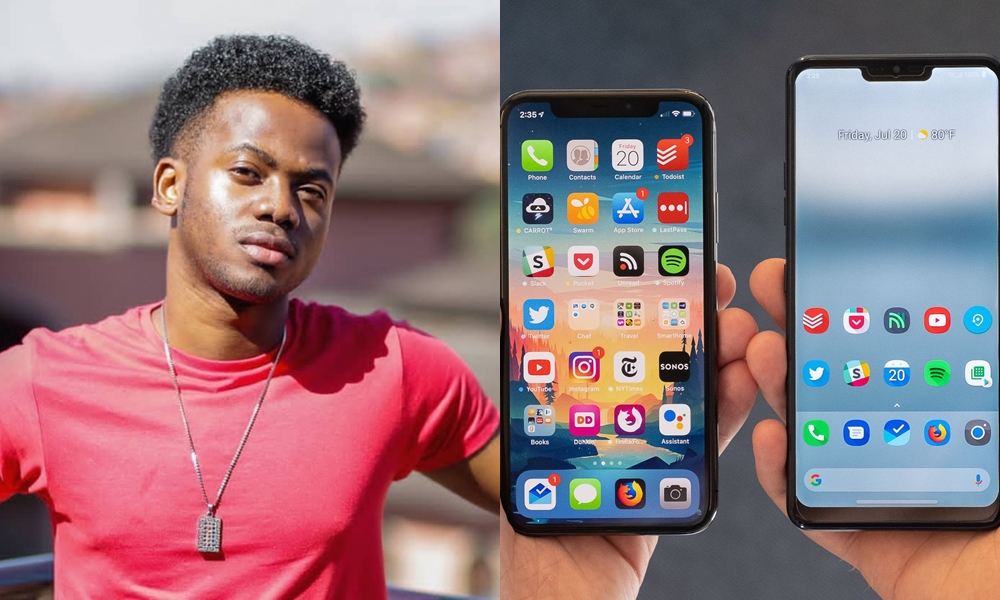 NIgerian singer, Korede Bello has taken to social media to advise the youth on the need for self-contentment after he was mocked for using an Android phone. He shared his thoughts in series of recent tweets he shared today June 18 on Twitter.

It all started when a Twitter user expressed shock and surprise after realizing that Korede Bello uses an Android smartphone. 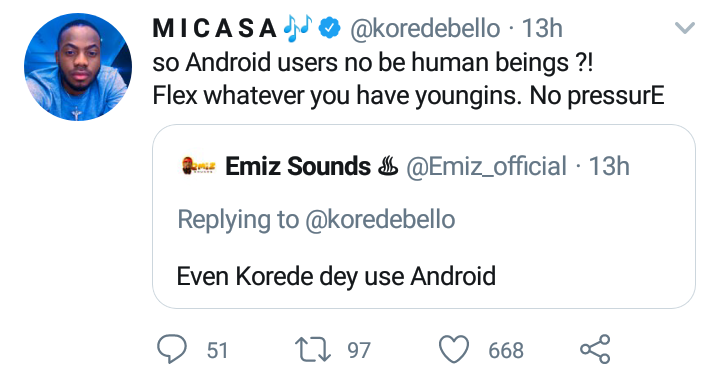 In a swift reaction, the singer asked the Twitter user if android users are less human.  He then advised young people to live their lives without giving in to pressure.

According to him, what matters is getting to one’s destination in life.

He concluded by saying that role models should rather inspire those who look up to them towards living better lives with dignity than with pressure.

Mompha mocks Lekki residents, says no flood in Banana island where he stays