UN reacts to viral video of staff having s*x in public, inside official car (watch) 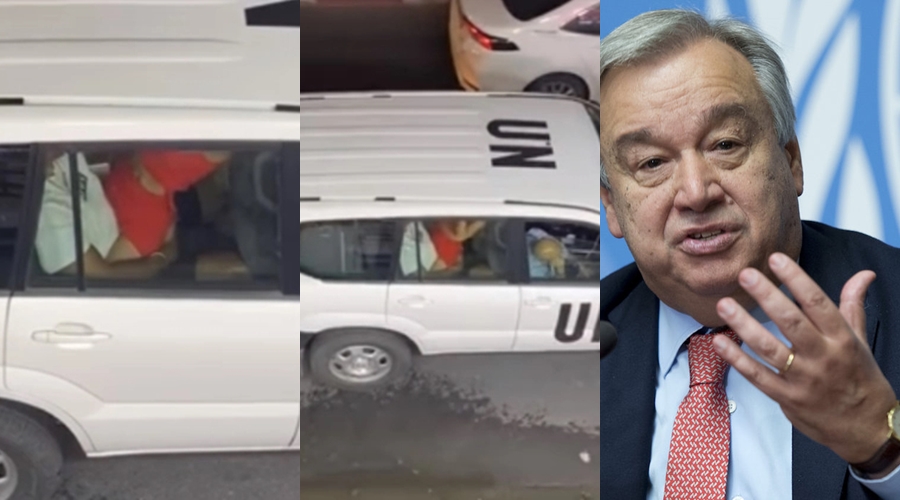 The United Nations has launched a probe into sexual misconduct by one of its officials after a video of a man having sex with a woman in the backseat of a UN car took the internet by a storm.

The video clip is from a busy street in Tel Aviv, Israel reports The New Humanitarian.

In the video, a woman in a red dress is seen straddling the man’s lap. And from the movement, it seems the two people are involved in a sexual activity. A bald man sitting in the front seat is visible in the clip.

However, there is no information on whether the activity involved payment or if it was consensual.

The report states that the plate of the car belongs to the United Nations Truce Supervision Organisation (UNTSO).

UN spokesperson Stéphane Dujarric said that the video had “shocked and deeply disturbed” the UN, the publication reports.

“The behavior seen in it is abhorrent and goes against everything we stand for and have been working to achieve in terms of fighting sexual misconduct by UN staff,” Dujarric told The New Humanitarian.

Investigations are underway by the Office of Internal Oversight.

Dujarric said the individuals in the video will be identified soon and the process will be concluded as early as possible.