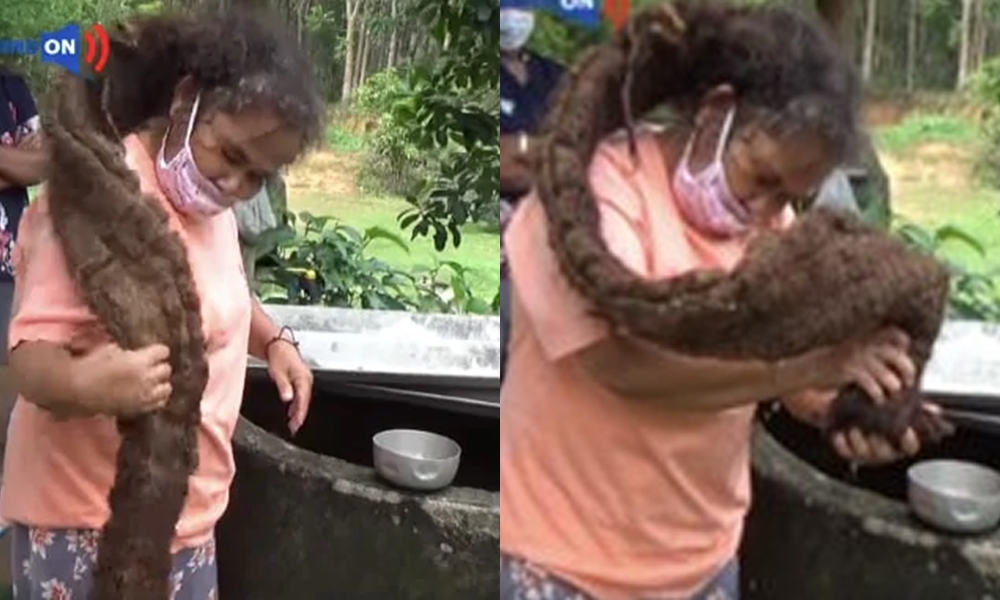 An Asian woman has shocked so many people after revealing she had not washed nor cut her hair in over 20 years.

According to a video that has since gone viral, the Asian woman said she did not wash her hair over the fear of experiencing bad luck.

From the video, Jiam who is in her thirties hails from Trang in Thailand.

Jiam has refused to cut or wash her hair for the last 20 years for fear of experiencing bad luck.

According to Daily Mail, the woman asked her village elders what to do with the hair and in response, they said cutting her hair would bring bad luck to her.

“When Jiam reached her thirties, her hair started to naturally twill together. Instead of washing or cutting it, she asked her village elders for advice. They told her that cutting or washing her hair would bring terrible bad luck to her,” said the report.

For the fear of any misfortune, the superstitious woman heeded her elders’ advice and refused to wash her hair.

Her hair runs up to her feet and is about to touch the ground. Her hair grew into one enormous dreadlock.

Jiam has refused to cut or wash her dreadlocks.

In the video, she is seen pouring water to the thick dreadlocks at the edge.

Watch her video below;

I no even get album or EP – Tekno reacts as he tops Wizkid and Burna Boy, on most viewed Nigerians on YouTube