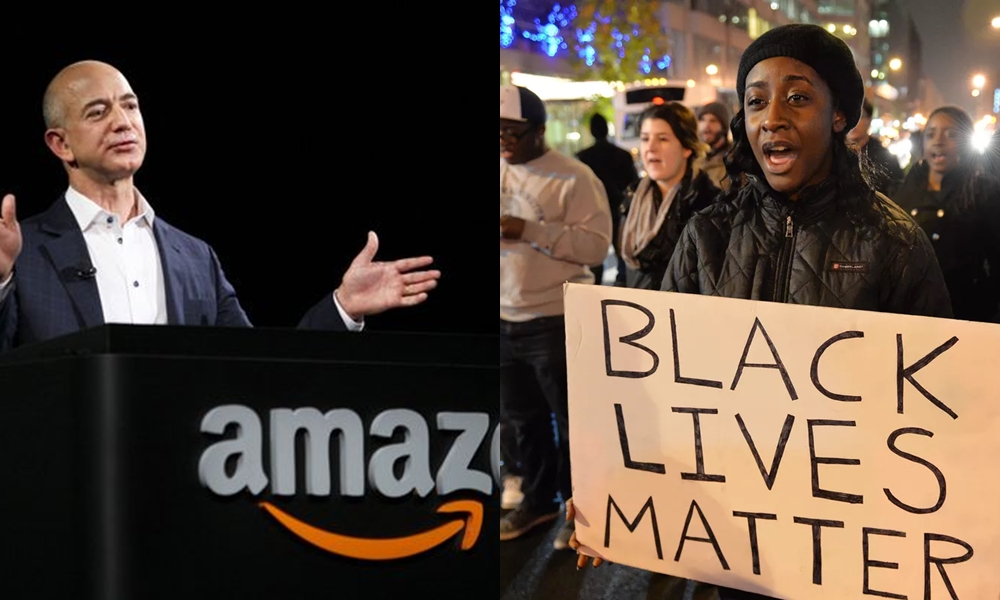 World richest man and Amazon CEO, Jeff Bezos has shared a profanity-laced email he got received from a ‘white disgruntled customer’ who is against his support for the Black Lives Matter protest.

In the email, the man expressed his dissatisfaction with the retail giant’s decision to display the Black Lives Matter banner on their website which he found to be “disturbing” and “offensive” because “All Lives Matter.”

Jeff Bezos responded to the customer:

“I have to disagree with you. Black Lives Matter’ doesn’t mean other lives don’t matter. Black lives matter speaks to racism and the disproportionate risk that Black people face in our law enforcement and justice system.”

“There have been a number of sickening but not surprising responses in my inbox since my last post. This sort of hate shouldn’t be allowed to hide in the shadows. It’s important to make it visible. This is just one example of the problem.

And, Dave, you’re the kind of customer I’m happy to lose.“.

Following the death of George Floyd, celebrities, and other citizens had taken to the streets to protest “police brutality” on blacks.

Bezos and Amazon executives had clearly expressed their support for the Black Lives Matter movement, which is aimed to end racism against people of color across climes.

Don’t post black lives matter if you are bleaching – Hushpuppi