#BBNaija: “Family over everything”- Praise and his son serve Father-Son goals (Video) 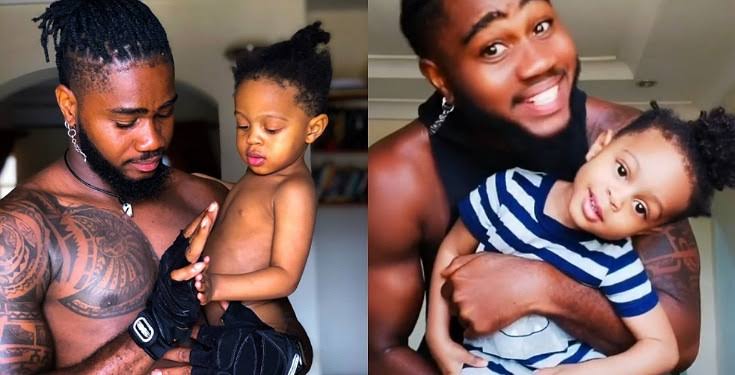 The social media handler of BBNaija lockdown housemate, Praise, has shared a video of him and his cute son as they both serve father and son goals together.

The adorable video surfaced online recently via his Instagram page which is being managed on his behalf.

Part of what his management posted reads; “To Praise, family is everything, and for that we appreciate our CARARMIES Family, though small for now but THEY MOVE!!!
we just want you to smile before you go to bed.”

Recall that Praise initially lied about his relationship status but later summed up courage to admit he has fianceé and a son.

Read also: #BBNaija: “I stopped smoking weed when I had Ulcer” – Nengi reveals

Awolowo died without Christ, he never fulfilled his destiny – Olukoya