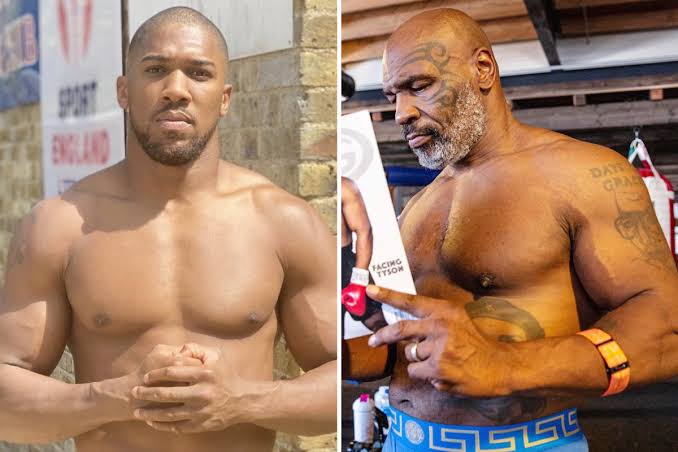 “I think it’s for a passion from them both, it’s what they’ve known,” Joshua told Sky Sports.

“Mike Tyson has been fighting since he was like 13 years old, Roy Jones, his dad pushed him to become great.

“Good luck to them both, it’s all they know. They haven’t got to do it to compete with the young lions in the division now.

“We’re bigger, we’re stronger, sports science has improved so there is more technology. The whole sporting world has kind of developed.

“If Mike Tyson wants to come back and fight someone from his era for the love of the sport, crack on, I wish them well.”

Multiple videos have been released of Tyson in training and looking very impressive on the pads and bag.

However, Joshua has some advice for anyone taking those clips too seriously in terms of Iron Mike being ready to compete at the highest level.

“You’ve seen a clip on social media so you think, “he’s back in action, he’s fighting fit”,” said Joshua.

But it’s like one of the old footballers doing a crossbar challenge.

“Mike Tyson hitting the pads with that ferocious behaviour is just second nature to him.

“To someone watching from home, it looks like this guy is going to come and rule the heavyweight division.”

At 51, I’m not too old to remarry –Ayo Adesanya