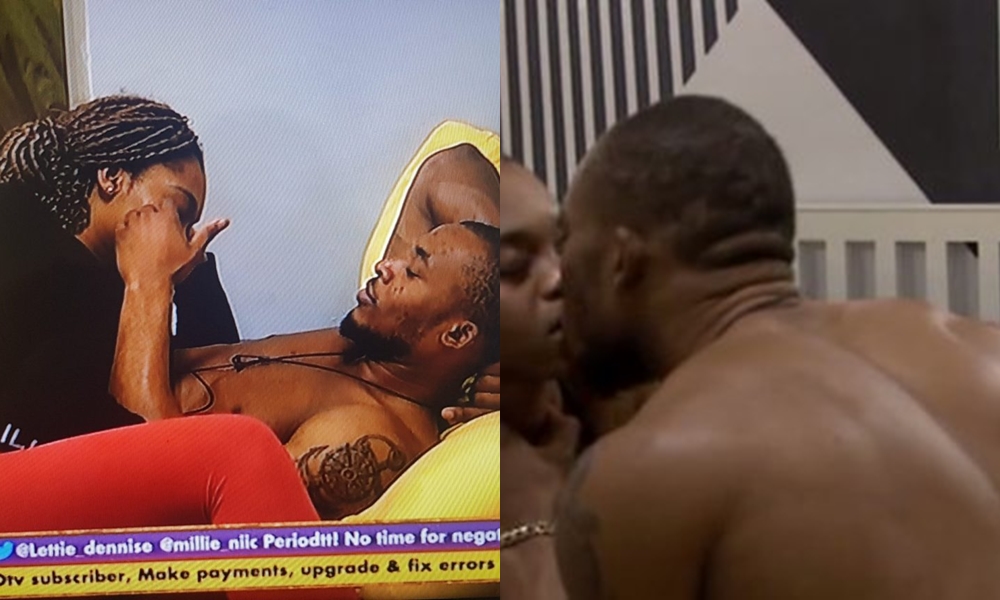 BBNaija: Lockdown lovebirds Eric and Lilo were last night, caught on camera exchanging saliva while the rest of the housemates slept on. The couple who are slowly becoming viewers’ favourite were seen all wrapped up in blankets as they shared the same bed while resting yesterday night.

Keen watchers of the reality TV show caught the lovebirds passionately kissing each other and captured the moment on camera as can be seen below,

A Nigerian lady on social media, identified as Dee Larry recently opined that the Big Brother Naija lovebirds should be evicted from the reality TV show come Sunday.

According to the lady, the reality TV sweethearts need to be voted out of the show so they can plan their traditional marriage as it looks as though the both of them are head over heels in love with each other.

“I think Lilo and Eric should be voted out next week so they can go and do their traditional marriage”, she wrote.