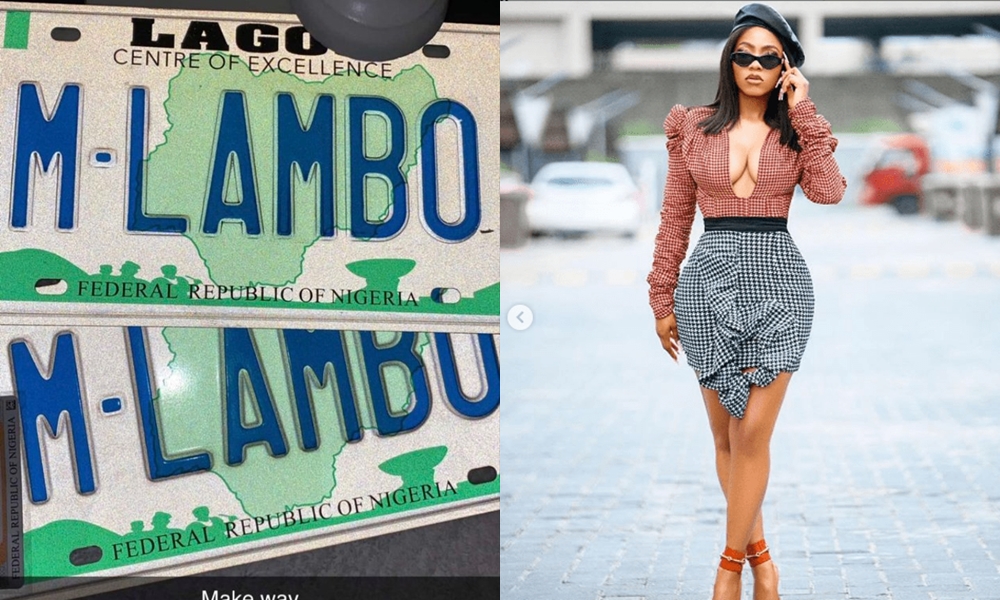 Big Brother Naija 2019 winner, Mercy Eke has yet again set another record as she recently showed up her customized number plates which had her BBNaija nickname crested on it.

Mercy shared the photo on her Snapchat account and simply captioned it: Make Way.

The reality star and entrepreneur recently opened up on what has become of the prize money in an Instagram live conversation with a Ugandan media personality Denzel.

“I’ve been working really really hard lately. God has been amazing and I can probably say the money is still intact.

“Yes, the money was a motivation for me because you know, a lot of people from here and there will say, she’s a woman, she’s coming out, she’s going to eat her money, she’s not going to work hard, she going to spend it because everybody knows I like to dress up, I like good things.

“I don’t know what they said about me but it feels good” – Josh2funny appears in a top Paris newspaper, Courrierinter