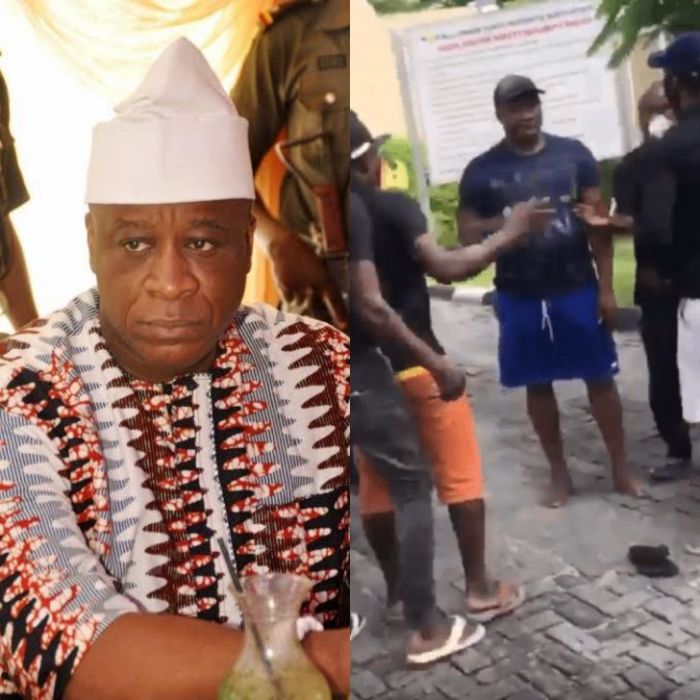 Yesterday Theinfong reported the story of how Tijani Oniru, one of the sons of the late king was beaten up by the palace securities of the new king in what can be called the biggest conflict between the royal families of Oniru in Lagos

Things got a bit more interesting when some of the security personnel said it was the king that sent them to beat up the Prince.

Later in the day, the eldest sons, Former Commissioner for the waterfront, Prince Segun Oniru, and his younger Brother Chief Otunba Ademola Oniru allegedly stormed the palace to protest the molestation of their brother.

The protest was said to be a form of revenge for what had earlier happened and it didn’t go well with the guards in the Palace and they ended up beating the princes and their accomplices till they hurriedly ran out of the palace.

Watch the video below:-