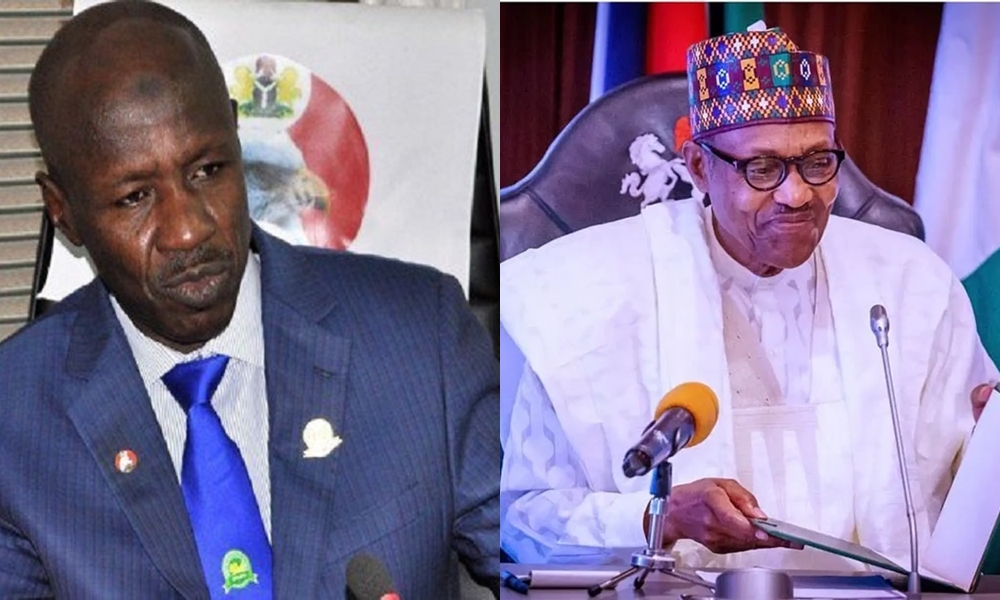 President Muhammadu Buhari has approved the suspension of the acting Chairman of the Economic and Financial Crimes Commission, Ibrahim Magu.

The attorney-general of the federation, Abubakar Malami made the disclosure on Friday, July 10, in a state through his Spokesman, Umar Gwandu, This Day reports.

According to the statement, the president has appointed the EFCC head of operations, Mohammed Umar, as the acting chairman. Mr Magu is being probed by a presidential panel investigating alleged corruption and insubordination.

The allegations were levelled against him by Mr Malami.

He accused Mr Magu of insubordination and re-looting of recovered funds.

Mr Magu was suspended from office on Tuesday, and is still being detained while the panel investigating allegations against him still sits.