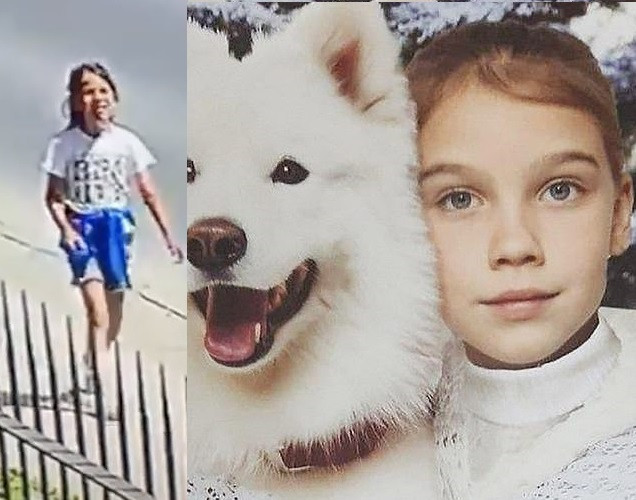 An eight-year-old Russian girl who ran away from home following an argument she had with her parents was raped and killed after being picked up by a married couple in their car.

The victim, Vika Teplyakova went missing on Monday, July, 6 after she left her parents’ home in Novoaleksandrovsk on Sakhalin island in Russia.

More than 500 people reportedly volunteered to search for her after she was seen in CCTV footage for a final time walking alone along a road while wearing a T-shirt and blue shorts.

The young girl went missing for three days before a 32-year-old woman informed police she and her husband had given the child a lift.

Today, Police identified the couple as Igor and Kristina Dvornikov and released pictures of the detained husband and wife suspected of carrying out the horrific crimes. 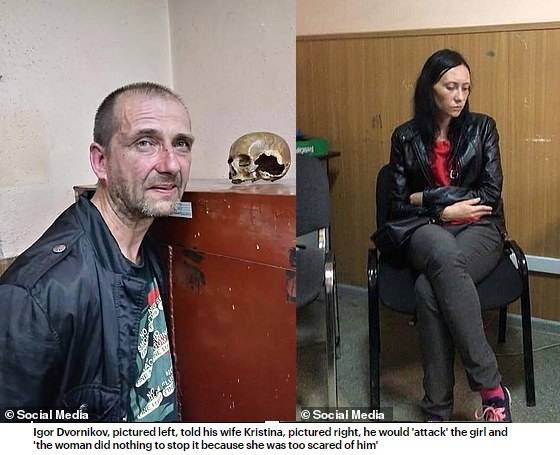 The man told his wife he would ‘attack’ the girl and ‘the woman did nothing to stop it because she was too scared of him’, according to a police source.

The girl was raped and strangled with a plastic bag. She died on Monday, the day she went missing, said police.

The law enforcement also revealed that the man’s wife took them to where the girl’s body was hidden near a lake.

Igor Dvornikov initially denied abducting, abusing, and killing the girl, but later confessed to the horrific crimes, according to law enforcement.

It was also reported that the man gave the little girl a sum of money- £1.70 – and took her to a supermarket before she was attacked.