“Children who watch cartoons will go to hell” – Nigerian Pastor 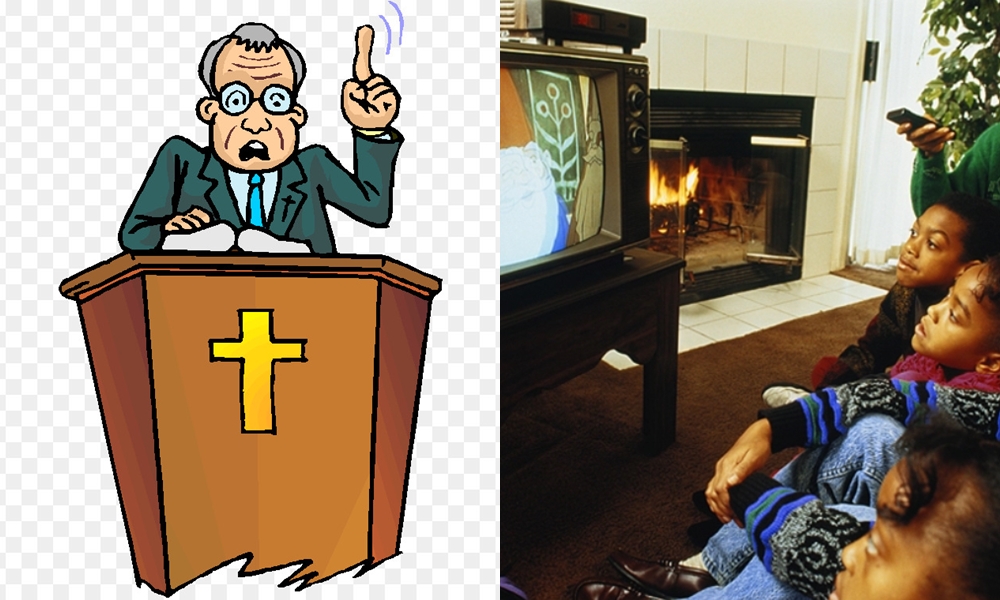 A Nigerian pastor has in one of his social media posts, stated that children who indulge in watching animated are bound for hellfire. The said clergyman, in his post, talked about how Television programs negatively influence kids with many of them ending up practicing or re-enacting what they watched whether the things are wrong or right.

Speaking further, the pastor claimed that secular TV also goes a long way in throwing people to hell as he claimed to have seen an 8-year-old girl in hell because she used makeup and fixed artificial hair.

I find my wife very sexy when she’s praying – Nigerian…

Nigerian pastor in the US dragged after sunday service for…

“I saw a boy who looked 10 who was there for insulting. He had learnt these insults from what he was watching on Television. I also noticed that he was wearing a shirt that had a demonic drawing of a Spiderman cartoon, but the Lord said this cartoon had been drawn in the image of a real demon in hell.

“You can only pray for clothes WITHOUT demonic drawings and they get purified from any spells that were cast on them while making them. The Lord said that for clothes with demonic drawings, these must be burnt. “The Lord has several times warned that secular Tv is leading people to hell. Secular Tv is any non-Christian program for example, all worldly movies including family movies, soap operas, wrestling, worldly cartoons for example like those found on Disney jnr, jimjam, nickelodeon etc and talk shows that don’t glorify God for example the Tyra Banks show and other worldly things even those which are called Christian movies or any other entertainment which if Jesus came to your house, you wouldn’t watch in His presence.

“Secular music is also any non-Christian song and even songs that are called Christian by people and yet have worldly beats such as rhumba; reggae, rap etc are unholy to the Lord. 1 John 2:15-17, James 4:4. “I saw a young girl of about 8 who was in hell for using artificial hair and makeup! I also noticed that she was wearing a string top and the Lord said this is indecent. Dressing your female children in indecent clothes such as bare backs, trousers, string tops and other indecent clothes will land them in hell! The Lord said,

“This is what the parents are teaching their children. Even girls as young as this are putting on makeup. The young children also see this makeup from cartoons like Barbie and they want to dress like those cartoons. They want to dress in the short skirts and trousers they see on those cartoons. Tell their parents to teach them the way of the Lord and to dress decently because they are coming to this place! If a child knows right from wrong and does not do right they are coming to this place! Many times in cartoons, they portray as though dressing that way is being ladylike. But it’s all a trap.”

Does bail means case is over? Reactions as Nigerians laments the release of Adherelf from EFCC custody