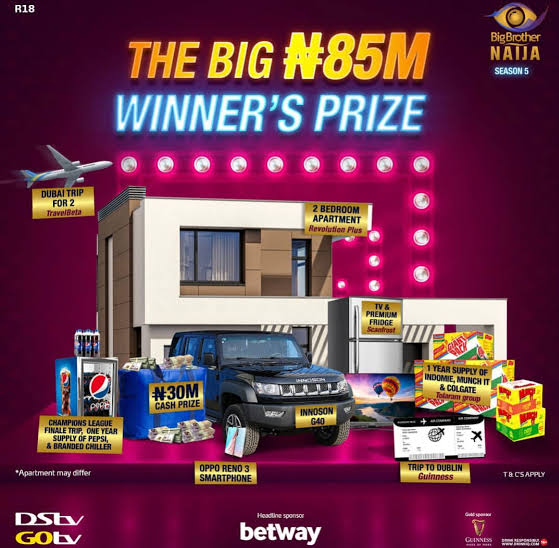 The winner of Big Brother Naija season five will be going home with a huge prize as the organizers have revealed that this season’s take home prizes would worth 85 million Naira.

With only a few days to the commencement of the fifth season of popular reality TV show, its organizers have unveiled the prizes to be won by the lucky housemate.

According to the report, this year’s winner will take home a whooping N30 million in cash, a two bedroom apartment, an SUV among other exciting prizes. The big reveal was made via Twitter on Monday, July 13, 2020.

‘I will strive to make you all proud’ -Laycon…

The winner of #BBNaija Season 5 will be walking away with N85million worth of prizes! 🤯

Following the announcement Nigerians have taken to social media to react as many have started congratulating the winner in advance. 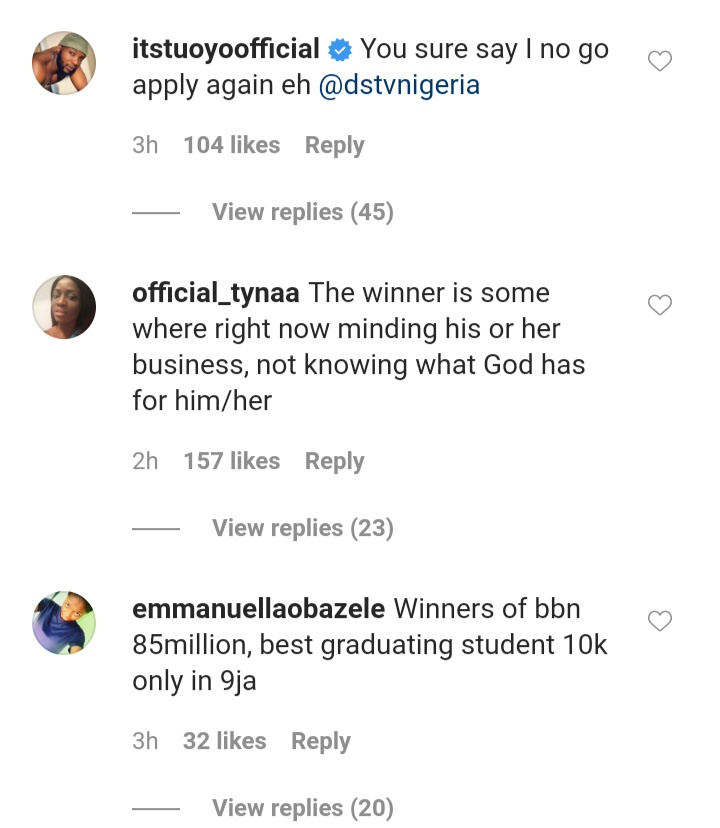 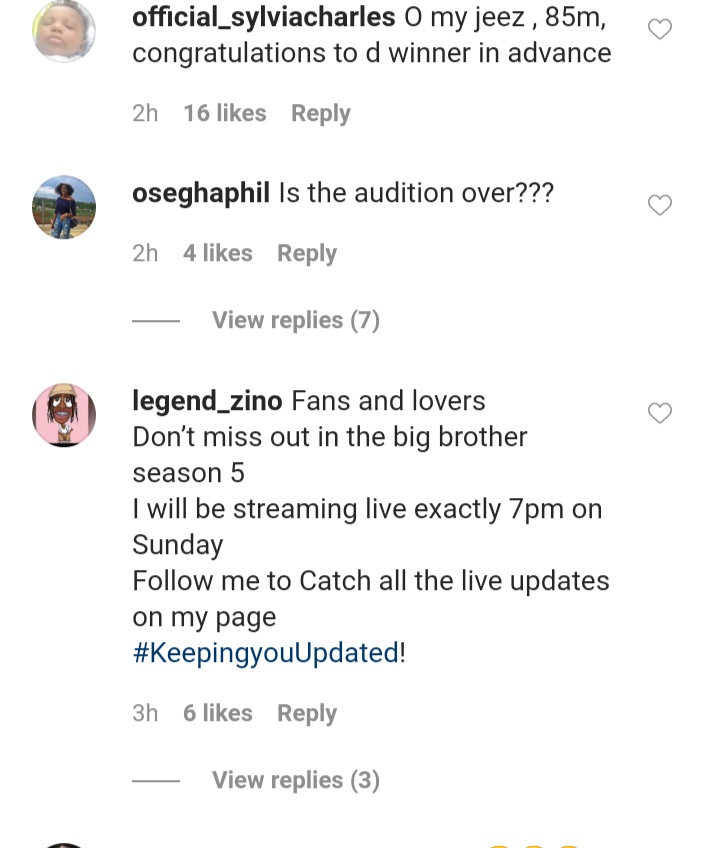 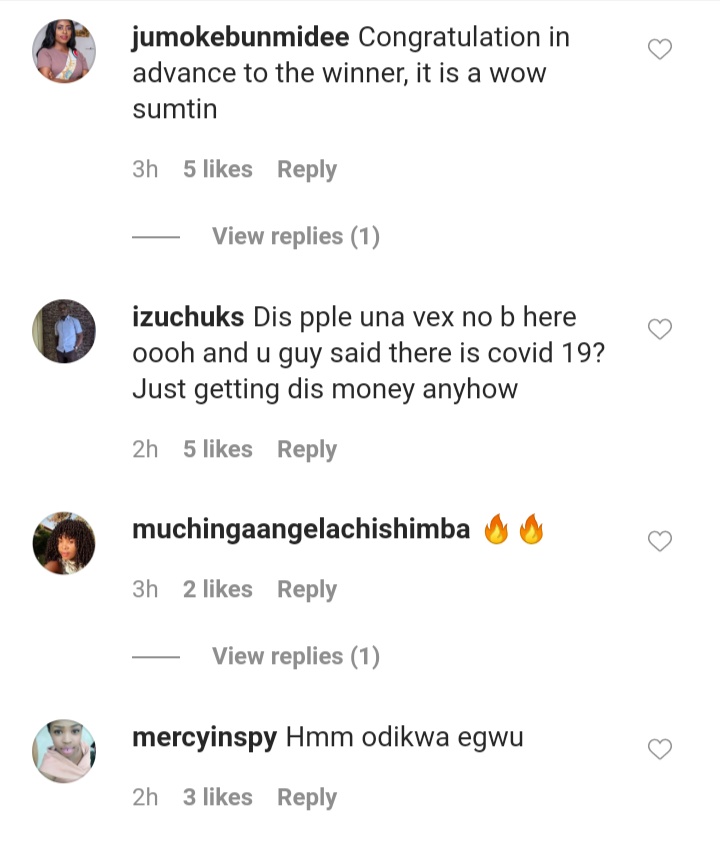