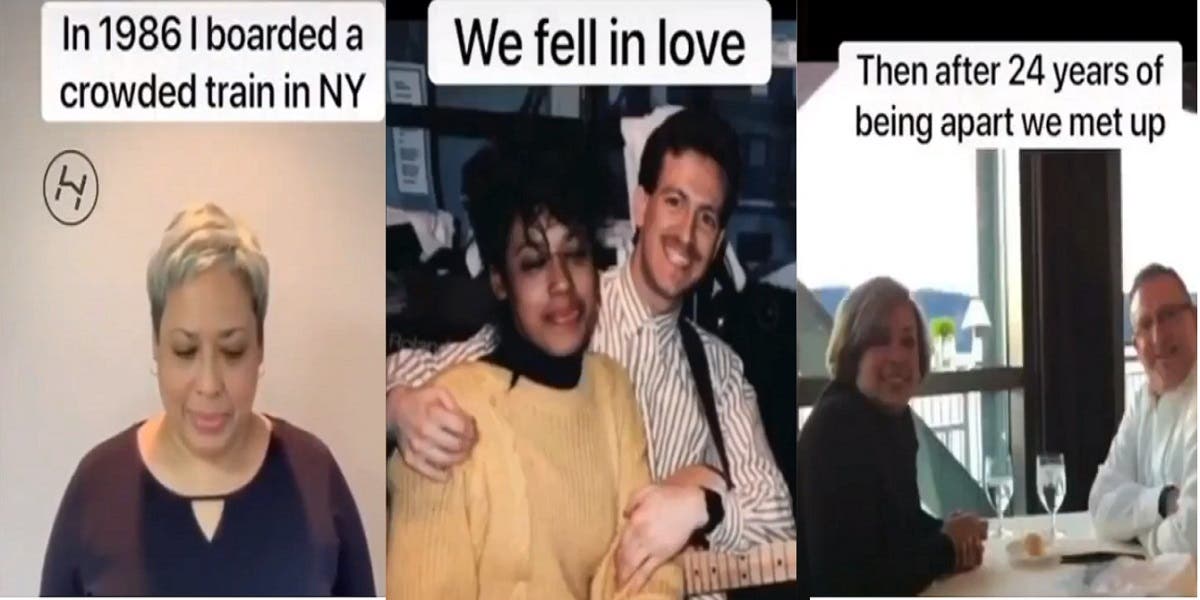 Wonderful! couples who started dating many years ago finally got married 24 years later after splitting.

A woman has shared her beautiful love story of how she married a man she met and fell in love with 24 years ago after they finally reconnected.

In the video, the woman takes us through how she met with her now-husband on a train in 1986, fell in love with him but they went about their separate lives shortly after and couldn’t reconnect until she later found him on YouTube.

They began talking and met for the first time 24 years after and later got married again. This is definitely one of the best love story.

He approached me and asked me for my number with the whole train watching
His name was Glenn and we started dating. We fell in love. Our lives took different paths and we split
Afterward, we both tried to find each other without any success
More than 20 years passed. Then one day I found Glenn on YouTube.I subscribed to his channel and he messaged me back.
“No way!!! Is this you? Call me, take a chance”
We started chatting but lived 00’s of miles away. The after 24 years of being apart we met up
And guess what….We got married.
We both took a chance on love.

Couple married again after 24 years of splitting. It can only be true love ❤️