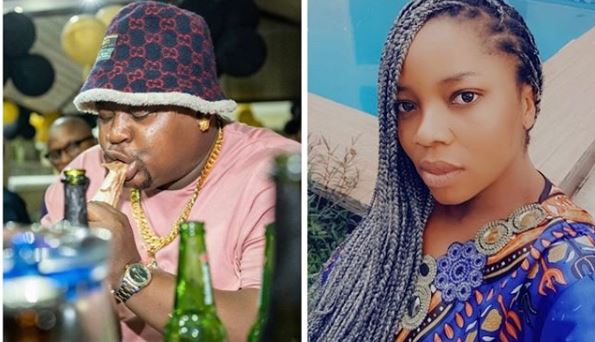 It all began when Sandra dismissed Cubana’s post published on her Sister’s blog. Cubanna had advised people to enjoy their lives despite challenges they might be facing but Sandra who seems to have had enough of his social media gimmicks told him to move aside.

Cubana then replied to her by cursing her mum and dad, Sandra immediately replied by also cursing his children and generation.

Cubana chief priest promises 50k giveaway to anyone who can…

Cubana then went further to slam her, saying her husband Samuel came to his club and drank his liquor for free and still had the mind to invite him to their wedding, and that she is angry he didn’t come to her wedding. 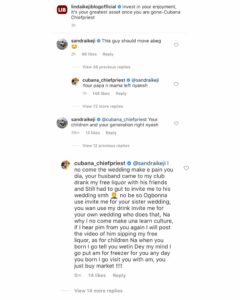