Handy thieves steal entire building in broad daylight; Here’s how they did it 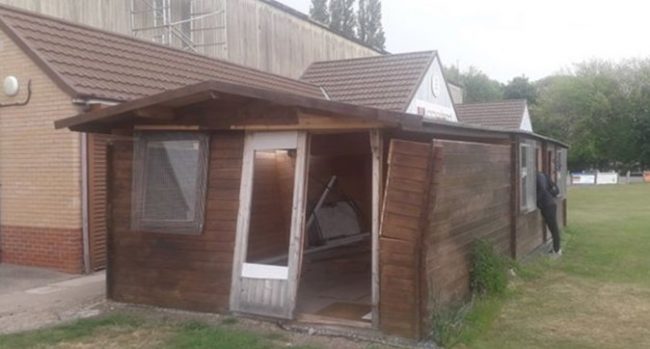 A surprising report that’s currently serving rounds is that of thieves who stole an entire building from the grounds of a sports center in broad daylight.

According to the Police, the 33ft (10m) long wooden hut was removed piece by piece by two men over a six-hour period and loaded into a white van. The thieves reportedly made numerous trips to the site on Chanterlands Avenue in Hull, England between 09:00 and 15:00 BST on 15 July.

They continued to dismantle the hut despite being challenged by staff, according to Humberside Police.

In an appeal for information, the force said,

“The incident was reported to us once it was established that the men did not have the authority to remove the building which is a valuable resource for the sports centre and well used by the local community.”

BBNaija is evil, we must clampdown on it – Christian Association of Nigeria (CAN)