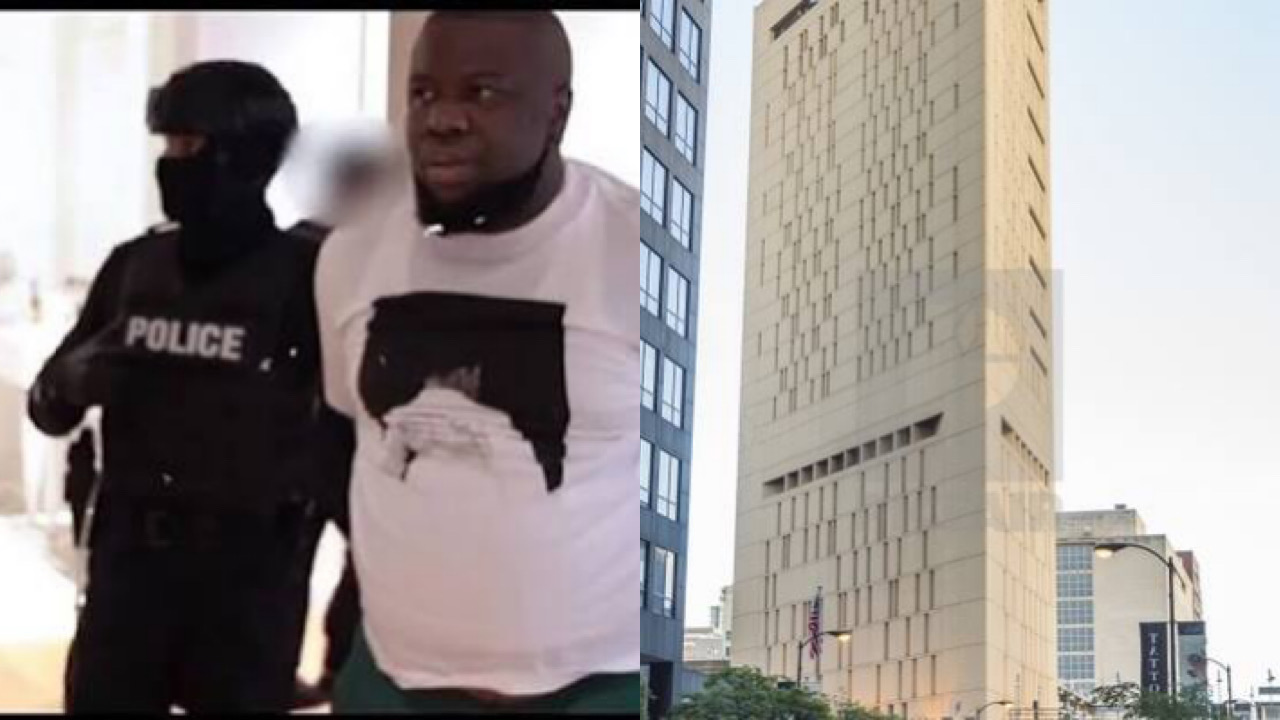 According to her, a source in FBI Los Angeles, disclosed the information to her.

“#BREAKING #Kemitalksinfo A source @FBILosAngeles told me Ramoni Olorunwa Abass reportedly tested #Covid19 +ve asymptomatic. Remember that it CAN’T be announced on US soil due to the HIPAA law. He is locked up at MCC Chicago, a #COVID19 ravaged federal prison🦠😷” she tweeted. 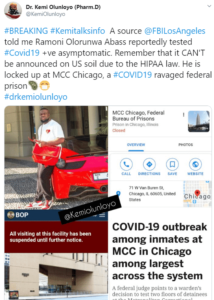 Hushpuppi is currently being detained at the Metropolitan Correctional Center in Chicago, a prison where outbreak of the virus among inmates is among largest across the system.

In April, the spreading among the MCC went as high as 600 inmates. Though the number of confirmed cases there remains low, the virus has been known to spread rapidly, and numbers tracked by the Chicago Sun-Times have risen quickly.

Hushpuppi made his first court appearance last week in Chicago, and is expected to be transferred to Los Angeles this week.