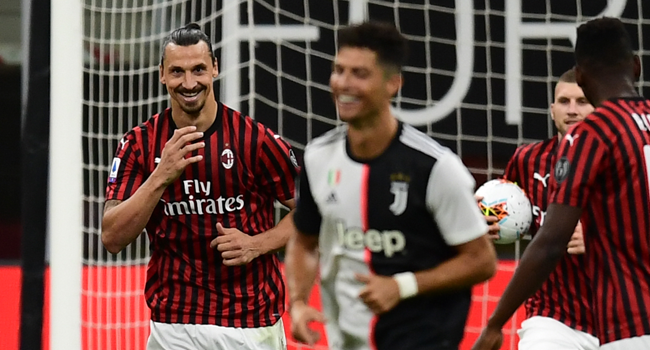 He stated that he would have helped AC Milan win the Serie A had he been signed at the start of the season.

Ibrahimovic, 38, returned to Milan where he previously won the Scudetto in 2011 as a free agent in January after leaving MLS and the LA Galaxy.

The former Manchester United and Barcelona player scored from the penalty spot against Juve on Tuesday and put to bed efforts from Adrien Rabiot and Cristiano Ronaldo with Franck Kessie, Rafael Leao.

Reacting to their recent wins, Ibrahimovic told DAZN: “If I was here from the beginning of the season, we would have won the Scudetto!”

Ibrahimovic who has been hailed as a role model for his Milan team-mates added: “I am president, coach and player, but they only pay me as a footballer.”

The former Sweden international is out of contract at the end of the season, however, and has revealed he might not play for Milan after this season.

“There is still a month, so let’s see,” Ibrahimovic said amid growing speculation head coach Stefano Pioli will be replaced by Ralf Rangnick. “There are things that we cannot in control.

“Playing without fans is a pity, a strange situation. We do our job, we are professionals. It could have been the last time they have seen me live in San Siro.”