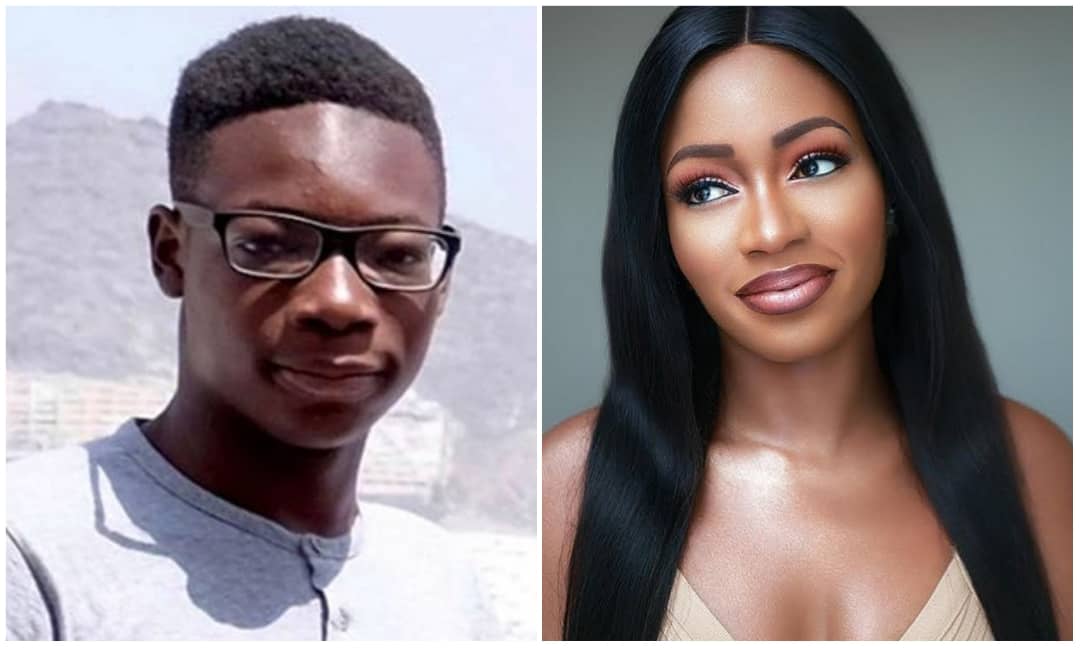 Former housemate at Big Brother Naija Show, Khafi Kareem is currently in a mourning mood as her brother, Alex is finally laid to rest.

The body of Alex was finally laid to rest today, July 29, seven weeks after he was shot dead in United Kingdom with the offenders still at large, Khafi took to her Instagram Page to mourn.

“They gave me a platform, I gave them a show” – Tacha boasts…

Khafi who has been off social media ever since the incident happened to share a picture of herself at the grave yard and noted how much she love him via the caption.

The former MET police officer noted that he will forever be remembered as fans and top celebrities joined her in mourning the great loss that has befallen her family.

A post shared by Khafi Kareem (A Cup Of Khafi) (@acupofkhafi)

BBNaija: Ozo complains to Dorathy about Prince and Kiddwaya always interrupting him and Nengi (Video)

“Chai, girls are in trouble, see as you fine” – Zlatan gushes over his newborn son (video)