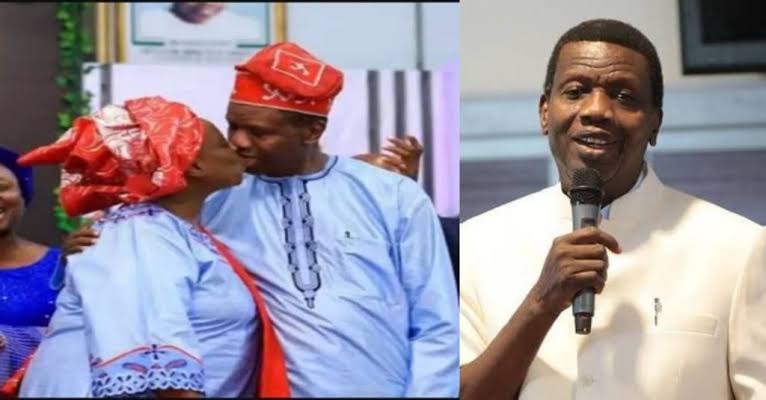 Pastor Enoch Adeboye of the Redeemed Christian Church of God (RCCG) in a recent statement has responded to critics over his birthday message to his wife, Foluke last Monday, July 13, not to bother with the criticism as his message was for his children and not for them.

Recall that 78-year-old pastor was in the news last week after he shared his birthday message to his wife of 52 years.

In the post, the pastor listed the things his wife has done for him and still does that has made their marriage work and appealed to ladies to learn from her. He said she is a submissive woman who still cooks and serves his meals, and looks after his welfare.

He was seriously bashed by some Nigerians who accused him of making the birthday post about him instead of just celebrating his wife.

This morning, he reacted to the backlash. While delivering his sermon titled “From lockdown to lifting up” on July 19, the pastor said only his ”children” would understand his comment.

“As a matter of fact, if there is a way of preaching this sermon just to my own children alone, that is what I would have done.

“Not because I’m selfish but occasionally there are things you say to your children that would annoy outsiders. And you keep on saying, but I am not talking to you, I am talking to my children. But now, the lockdown has made the door open to everybody.

“I don’t need to answer you. I just need to keep on riding high with my king. I’m talking to my children, so others should not be angry with me. Before you take off, consider your landing.” he said.