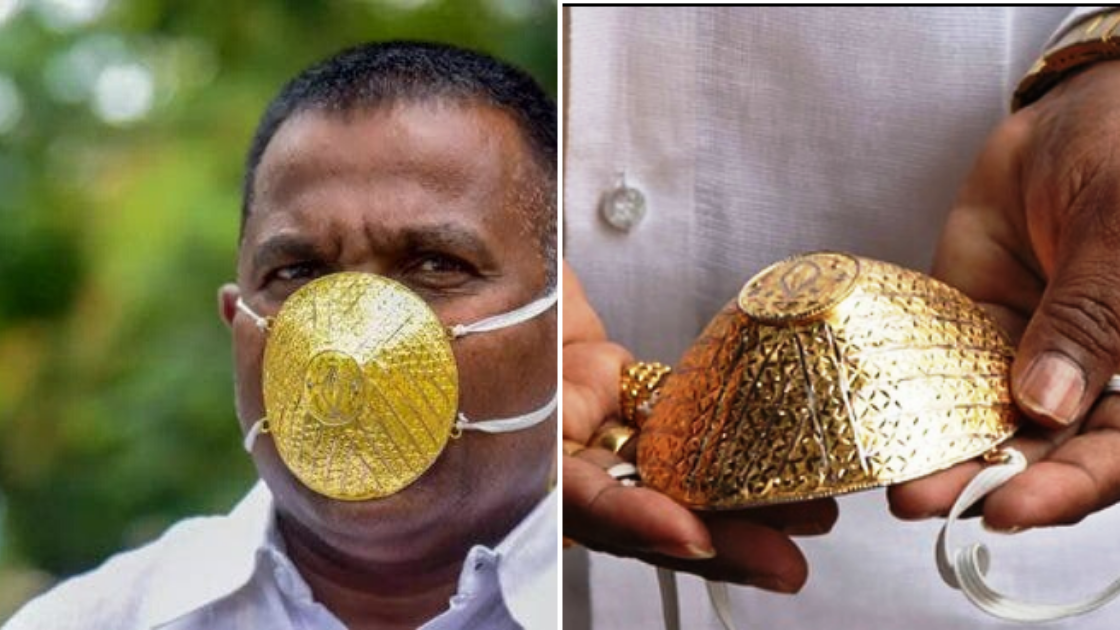 Unbelievable! In a world where there is an economic crisis and fear of looming recession, a man from India acquires gold face mask worth N1.5 million

An Indian man has reportedly coughed out $4,000, roughly N1.5 million in Nigerian currency to acquire for himself a gold face mask to safeguard himself from coronavirus. 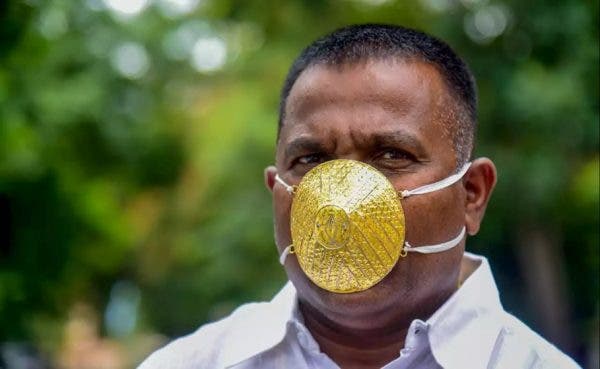 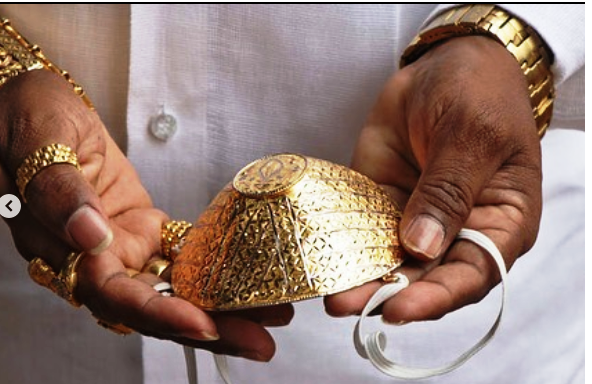 “It is a thin mask and has tiny pores that is helping me to breathe,” Shankar told AFP.

When going out, the 49-year-old said he likes to adorn himself with gold jewelry weighing a kilogram, including a bracelet, necklace, and rings on each finger of his right hand.

Kurhade — whose company makes industrial sheds — said he got the idea for the gold face mask after seeing a media report about a man wearing one made from silver.

India has made face masks mandatory in public places in a bid to control the spread of the virus in the country, which has around 650,000 confirmed cases and more than 18,600 fatality.