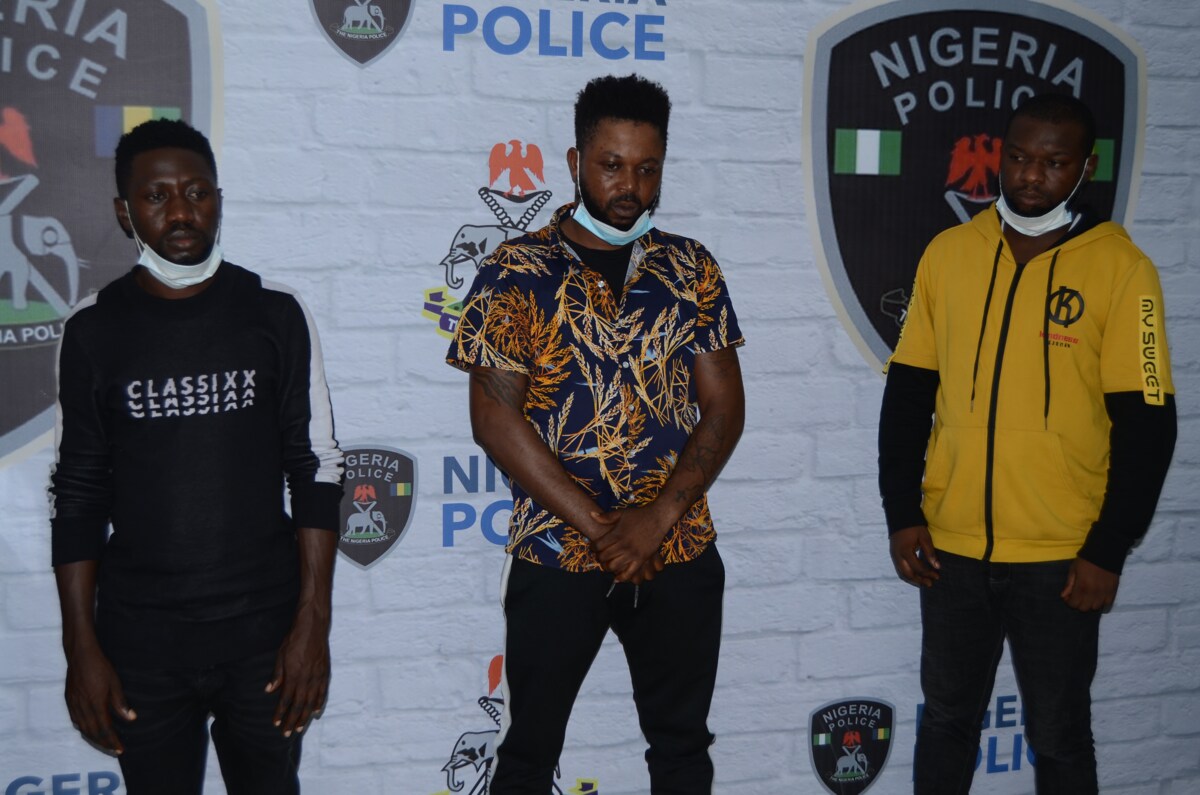 Operatives of the Nigeria Police Cybercrime Unit, INTERPOL National Central Bureau (NCB), Abuja have arrested three (3) suspects. The suspects are Samson Inegbenesun, Blessed Junior and Muhammed Zakari, all male and in their 30s.

According to a statement by the police spokesman, DCP Frank Mba on Sunday, July 12, the suspects were arrested for cyber-related offences including advance fee fraud, money laundering and romance scam.

He said the suspects were arrested in Uromi, their hometown in Edo state following investigations into suspected fraudulent online procurement and supply of COVID-19 protective mask, received through the INTERPOL NCB Wiesbaden, Germany.

“Investigations reveal that Samson Inegbenosun is an internet fraudster and a member of a Turkey-based online scamming syndicate. “He supplies foreign and local bank accounts to receive fraudulent funds and use the same as a conduit to other feeder accounts,” the statement revealed.

Mba said the police recovered a building apartment worth N20million from him, a Toyota RAV-4 2015 model worth N6.6million, and a Toyota Matrix 2002 model valued at N2million.

He said the second suspect, Blessed Junior, returned to Nigeria from Italy in February 2020 but maintains close contacts and illicit dealings with his Italian associates. “Investigations reveal that he has made over N120million from internet fraud and other cybercrime dealings.

“He also received the sum of 52,000 EUROs recently from his criminal associates in Italy as commission for his active involvement in an international cybercrime deal. “He also owns a filling station established with the proceeds of the crime,” DCP Mba said.