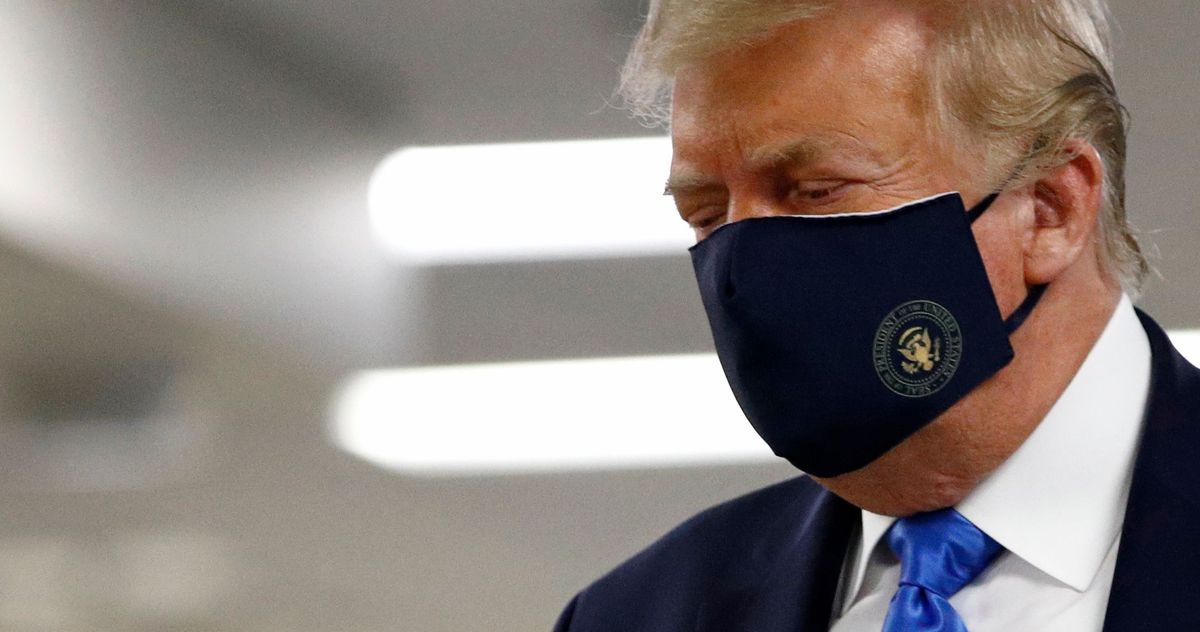 The United State President, Donald Trump have been sighted wearing a nose mask in public for the first time since the beginning of COVID-19 pandemic.

On his visit to Walter Reed military hospital outside Washington, where he met wounded soldiers and health care workers, the president declared that he was never against the use of Nose mask right from the onset.

“I’ve never been against masks but I do believe they have a time and a place,” he said as he left the White House. 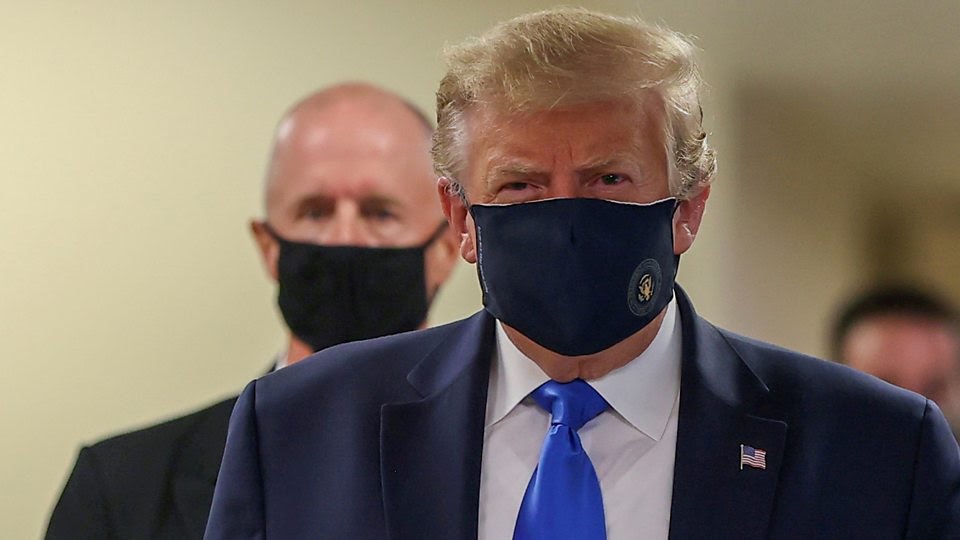 Trump had earlier mocked his Democratic rival, Joe Biden for wearing a mask saying who he would not wear one.

But on Saturday he said: “I think when you’re in a hospital, especially in that particular setting, where you’re talking to a lot of soldiers and people that, in some cases, just got off the operating tables, I think it’s a great thing to wear a mask.“

The change of tone came as the US recorded 66,528 coronavirus cases on Saturday, a new daily record.

What has Trump said about face masks?

He added that he “sort of liked” how he looked with one on, likening himself to the Lone Ranger, a fictional masked hero who with his Native American friend, Tonto, fought outlaws in the American Old West.

But when the US Centers for Disease Control (CDC) in April began recommending people wear masks or cloth coverings in public to help stop the spread of the virus, Mr. Trump told reporters he would not follow the practice.

“I don’t think I’m going to be doing it,” he said back then. “Wearing a face mask as I greet presidents, prime ministers, dictators, kings, queens – I just don’t see it.”

Some media reports have suggested aides have repeatedly asked the president to wear one in public.