Jide Kosoko takes family challenge with his 5 daughters, reveals the prettiest, best dancer among others (Video) 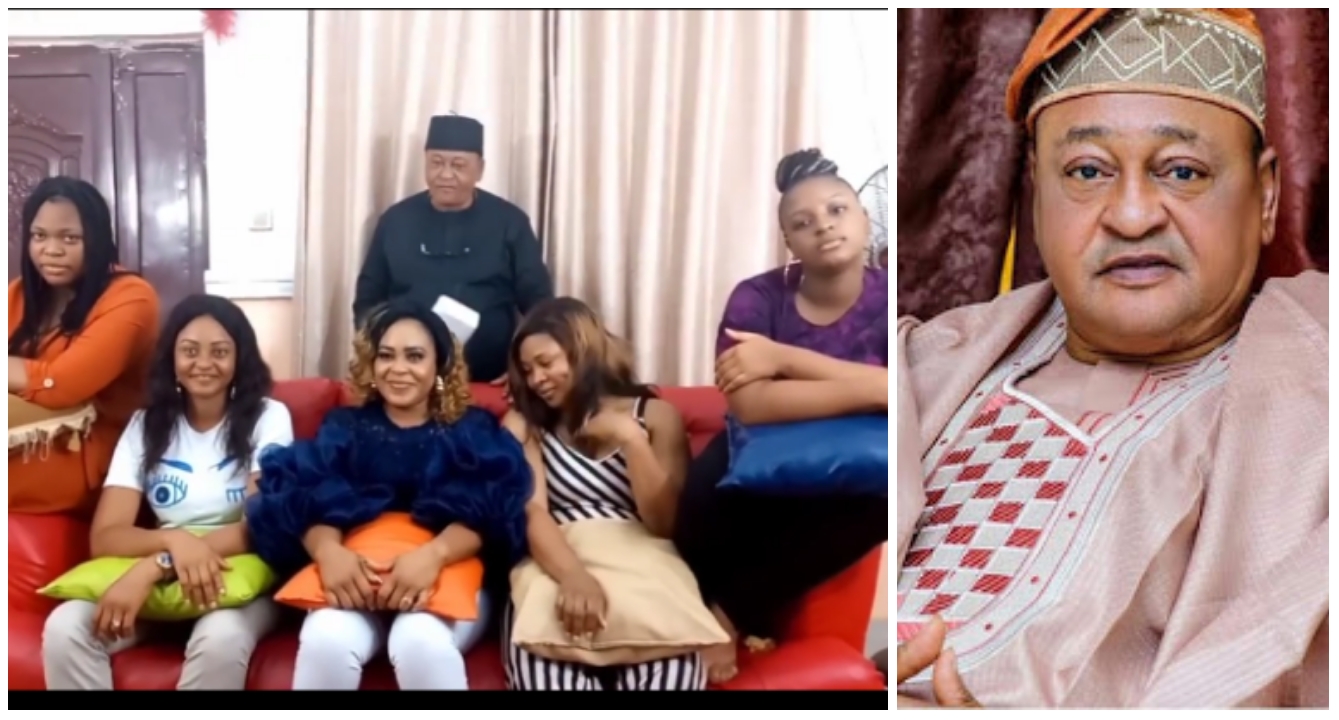 Share
Veteran Nollywood actor, Prince Jide Kosoko and his his five beautiful daughters decided to have a family challenge and it was fun to watch.
The video which was shared on Instagram saw the actor demonstrating how well he knew his children.
READ ALSO

‘I love you’ – Funke Akindele tells…

The veteran actor’s daughter and fellow actress, Bidemi Kosoko shared the video on her Instagram page.

Shola Kosoko was revealed to be the oldest child in the video and also the one who is the worst dancer of his daughters.

The actor revealed none of his daughters have an attitude and none are liars.

Bidemi disagreed with her father in the post’s caption, as he picked another of his daughters as the most prettiest.

“KOSOKO FAMILY CHALLENGE. Okay friends see ehn, most of the things my dad said about me is not true oooo .I’m actually very quiet. It’s just that I don’t like cheating and I stand for my right.

Then daddy how come I’m not the prettiest I no go gree ooooo.” she wrote.