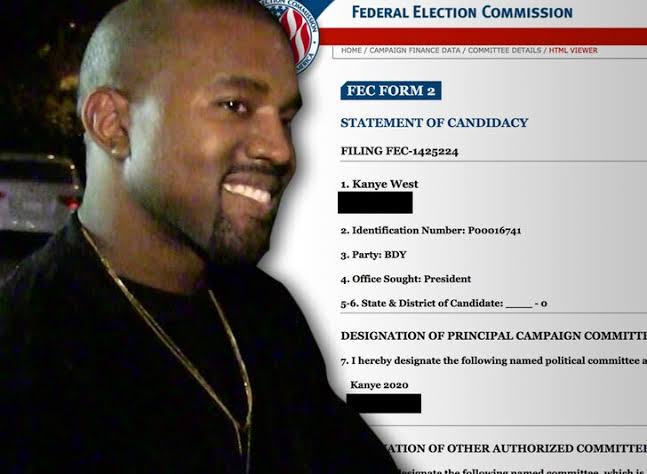 While there were reports that American rapper and business mogul, Kanye West had dropped out in the US presidential race, TMZ in a latest report disclosed that Kanye is full steam ahead in his 2020 Presidential run as he just filed a second set of documents Thursday with the Federal Election Commission.

Ye’s latest filing is called a Statement of Candidacy, which shows he’s raised or spent more than $5,000 in campaign-related expenses. That elevates him to candidacy status under the federal campaign law, TMZ reports.

Kanye, of course, lists his party as BDY — Birthday Party is now abbreviated. He designates the name of his political committee, “Kanye 2020.” 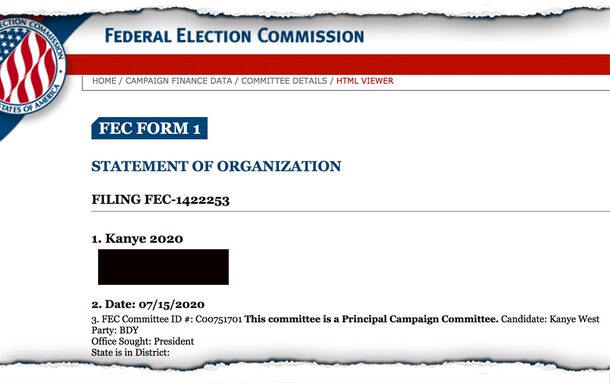 He also lists his residence as Cody, Wyoming, where he and Kim just bought a massive property.

This is the second  and more important set of docs  that Kanye has filed with the FEC.

He filed his first set Wednesday, a Statement of Organization for the campaign, declaring the Kanye 2020 committee will serve as the Principal Campaign Committee.

It’s interesting some media outlets are saying Kanye is not running, but TMZ have been told otherwise, and the documents underscore that.

The latest was filed Thursday morning.

Kanye also filed legal docs qualifying him to get on the ballot in Oklahoma, however, he missed the Wednesday deadline in the battleground state of Florida.

As TMZ reported, a market research company conducted a poll showing Kanye capturing 2% of the national vote. He ain’t gonna win, but he could be a spoiler in a close election. The question, who would he help, and who would he hurt?