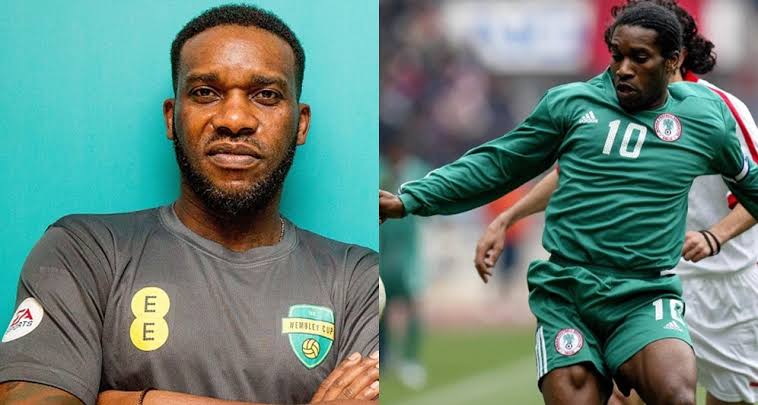 Nigeria football legend, Austine Jay Jay Okocha in a latest statement has disclosed that he regrets not winning the CAF African Footballer of the Year award during his playing days

Okocha, who won the Britsih Broadcasting Corporation (BBC) version of the award twice, was unable to win the CAF honour.

The talented midfielder was widely tipped to win the award in 1998 following a superlative performance for the Super Eagles at the FIFA World Cup in France, but surprisingly lost out to Morocco’s Mustapha Hadji.

Okocha scored the most spectacular goal in the history of…

Okocha also came third twice in 2003 and 2004 , behind the duo of Samuel Eto’o and Didier Drogba.

“I thought I did enough to have won it because it wasn’t a fluke that I won the BBC POTY twice in a row and didn’t manage to win the CAF awards, may be it wasn’t meant to be,” Okocha was quoted by MastercardMEA.

The 46-year-old won the 1994 Africa Cup of Nations with the Super Eagles and was part of the side that came second in the 2000 edition co-hosted by Ghana and Nigeria.