My brother’s wife and her two sisters are maltreating me in my brother’s house, but my brother would not believe me- 23 year old boy seeks advice (Full Story) 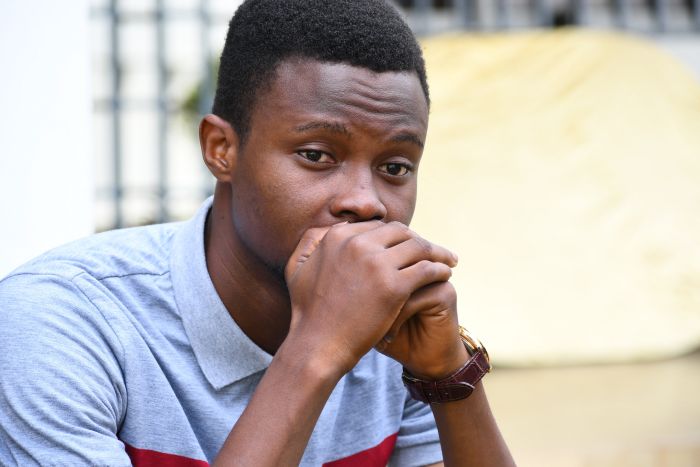 A young man has taken to Nigeria’s popular forum, Nairaland to share the sad story of how he is being maltreated by his brother’s wife and her two younger sisters, yet his brother was unable to do anything to help out. Out of confusion and utter bitterness, the 23-year-old boy has come out with the full story to seek people’s advice on what to do.

You can read his story below:

I am 23 years old guy I ave been staying with my brother in Abuja for the past 8 years , I help him with his shop and his house , everything was fine till he got married his wife carry his two sisters to the house 24 and 19 years old , he said I should leave my room for them I didn’t argue I let them have the room while I am sleeping in the parlour , during lockdown this girl will wake and come to the parlour to watch tv to disturb my sleep , I complained to my brother he said I should keep calm he will speak to his wife which he never does and these girls kept disturbing me meanwhile the older girl stopped but the younger one carry on and I told her to stop disturbing me she has a phone she can press her phone in their room , she insulted me and told me to go and marry I got angry and ask her to leave she said I should do my worst and I landed a thunder slap in her face she held me by my neck screaming when my bro and wife came his wife started hitting me on my back I had to leave the house and went outside to cool down , my brother followed me and said I didn’t do well by hitting his wife sister he said I should go and apologise to his wife and sister , I refuse and asked him why he didn’t stop them when I was complaining bitterly about them but he waited for me to take matter to my own hand now he blamed me he said I should apologise which I did to his wife but not to the girl but that small girl was expecting me to knelt down and beg her , I told her she will wait for eternity.

Since the incidence his wife stopped talking to me , she ordered her sister’s to stop giving me food , the older girl used to dish food for me sometimes when she is not around but I told her to stop because I don’t want her to be in trouble with her sister and I didn’t report to my brother, it’s not a big deal for me I buy foods and eat at work and I only go home to sleep , 2 weeks ago I came home to see my mattress outside in the rain soaking wet , I was confused because it was supposed to be inside the girl room that’s where I keep it and they always bring it for me when is time for me to sleep so how come it was outside in the rain , I asked them they both denied they didn’t take it out and I suspected my brother wife or her youngest sister were the one who did it because they didn’t want me in the house anymore , I told my brother he said I should sleep on the sofa and in the morning I will get a new mattress in his shop but the wife get angry that I will damaged her sofa she wanted me to sleep on the floor with a wrapper but my brother refuse and I slept on the sofa , the next day I spoke with my brother I told him because I am not wanted in his house I don’t have peace of mind there , I want him to rent a self cont for me closer to the shop so It will be easier for me to get to work he refuse saying when he has a bigger house why would I go and leave alone , he said he provide all my needs and the rest the way his wife and sisters are treating me it doesn’t matter that he will never allow me and I told him I want to go back to the village , he said if I leave his house he will disown me and I will not longer be his brother , for 3 days now he stopped talking to me even if I greet him he won’t reply I feel hurt. I love my brother I want to serve him but I don’t want to stay in his house. I don’t know if I did something wrong by asking him to rent a room for me to be living alone? Am confuse please advise me.