NAF finally opens up, explains reason why they refused to carry out autopsy on Tolulope Arotile 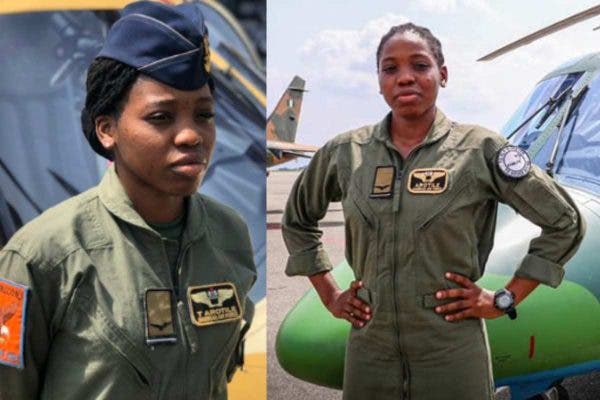 The Nigerian Air Force has finally come out to explain why they did not conduct an autopsy on Nigeria’s First female combat helicopter pilot, Tolulope Arotile.

According to the NAF, the circumstances surrounding the late pilot’s death did not warrant for carrying out an autopsy as the cause of her death is considered clear enough.

Tolulope Arotile died at age 24 as a result of head injuries she sustained from the accident, which happened at the Nigerian Air Force base in Kaduna state.

The NAF spokesperson also said the matter would be handed over to the Nigeria Police Force being a civil case.

Despite the statement, many Nigerians had called for an investigation into her death. They also made demands for an autopsy to be carried out on Arotile who was laid to rest in Abuja on Thursday, July 23.

However, speaking on Channels TV on Friday morning July 24, the Spokesman for the Nigeria Air Force NAF, Air Commodore Ibikunle Daramola, said an autopsy was not done because of the circumstances surrounding her death were clear.

He added that her family members were not open to an autopsy as they wanted to move on from the unfortunate incident. He said;

“On the issue of autopsy or otherwise, that would have been initiated by the family but based on discussions with them and the fact that witnesses were there at the time she was taken to the Nigerian Air Force hospital in Kaduna, there were no doubts as to the cause of death which was head injury as a result of

blunt force trauma caused by the vehicle hitting her from the rear.

So, in consultation with her family, her father, Akintunde Arotile, said they wanted closure on this matter and that he was comfortable with the Nigerian Air Force’s investigation which of course is also being transferred to the police.

Autopsy was not done because it wasn’t requested, the cause of death was already known based on the investigation and how she was taken to the hospital, and the confirmation was made. There were no doubts in that regard and there was no request from the family for that specifically. No autopsy was done.”