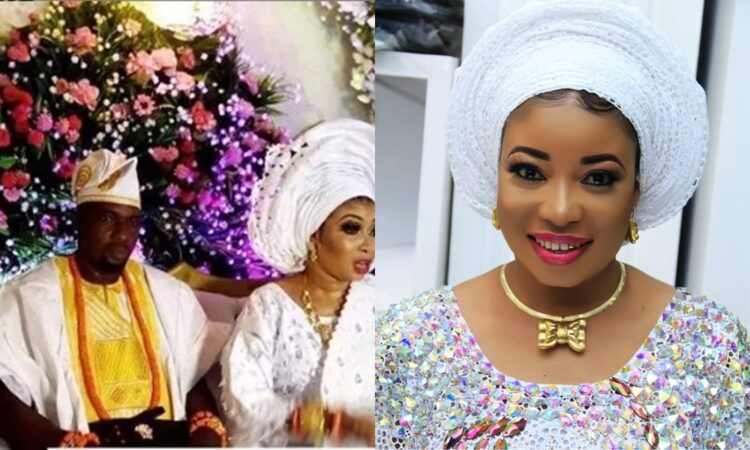 “14yrs with no flaws…saying YES is like paying back 1% of your 1001 good deed to me and my late mother….Even if I become richest lady in the world, I think I need to give glory back to a selfless man that stood with 100% loyalty or any element of betrayal.

The car you gave me money to buy was stolen by a man I chose over you, but you never bothered. You gave me your own personal car just to cover my shame in public, you were taking bike around Lagos, you had accident on bike you refuse to tell me just for me to keep the car….Kudos to most kind hearted man on earth.” Lizzy Anjorin had written”.

However, few hours after she shared the post, different Facebook users also shared alleged photos of Lateef Lawal’s previous wives and kids, with claims of him dumping them for Lizzy Anjorin.

They further claimed that, Lateef welcomed a baby with one of the wives 3 months ago.

The first Facebook user, Ade Williams shared screenshots of the Instagram page of one Folatinubu Lawal and wrote

“EEEEEEOOOOOO HERE IS THE REAL AND LEGAL WIFE OF LIZZY NEW FIND LOVE, THIS LADY COULD NOT SLEEP FOR DAYS NOW….ALHAJA, HIDING UNDER RELIGIOUS SAYINGS MUSLIMS MEN ARE ALLOWED TO MARRY AS MANY AS THEY CAN…ALHAJA WOSIWOSI LEAVE OUR SISTER HUSBAND ALONE IN PEACE”

While the second Facebook user, Toromagbe Dinjadinja shared photos of his other wives and wrote

“Meet Lateef Adegboyega Lawal’s wives…why why did you abandon your wives….your last wife only had a baby 3 months ago…..Alhaja bling bling stole Lateef” 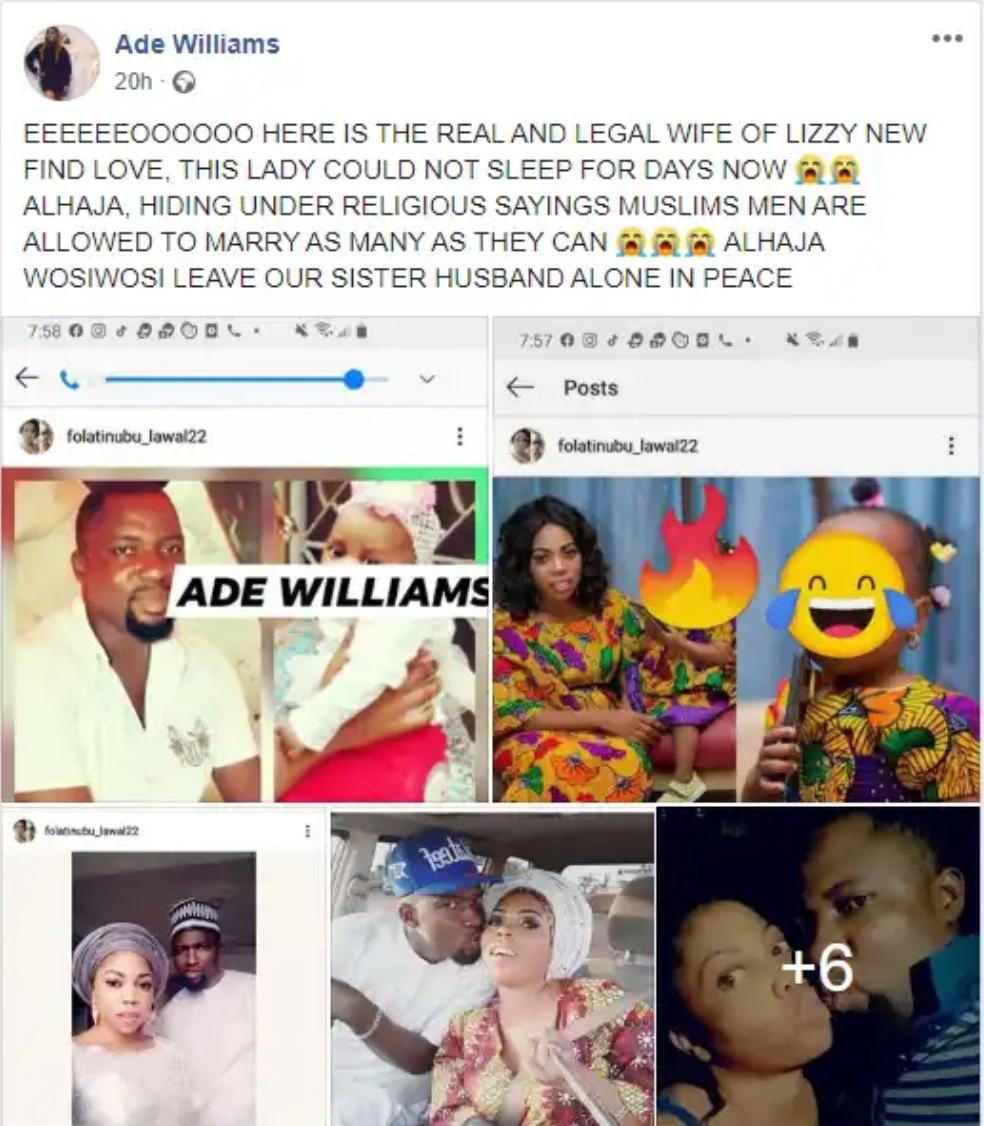 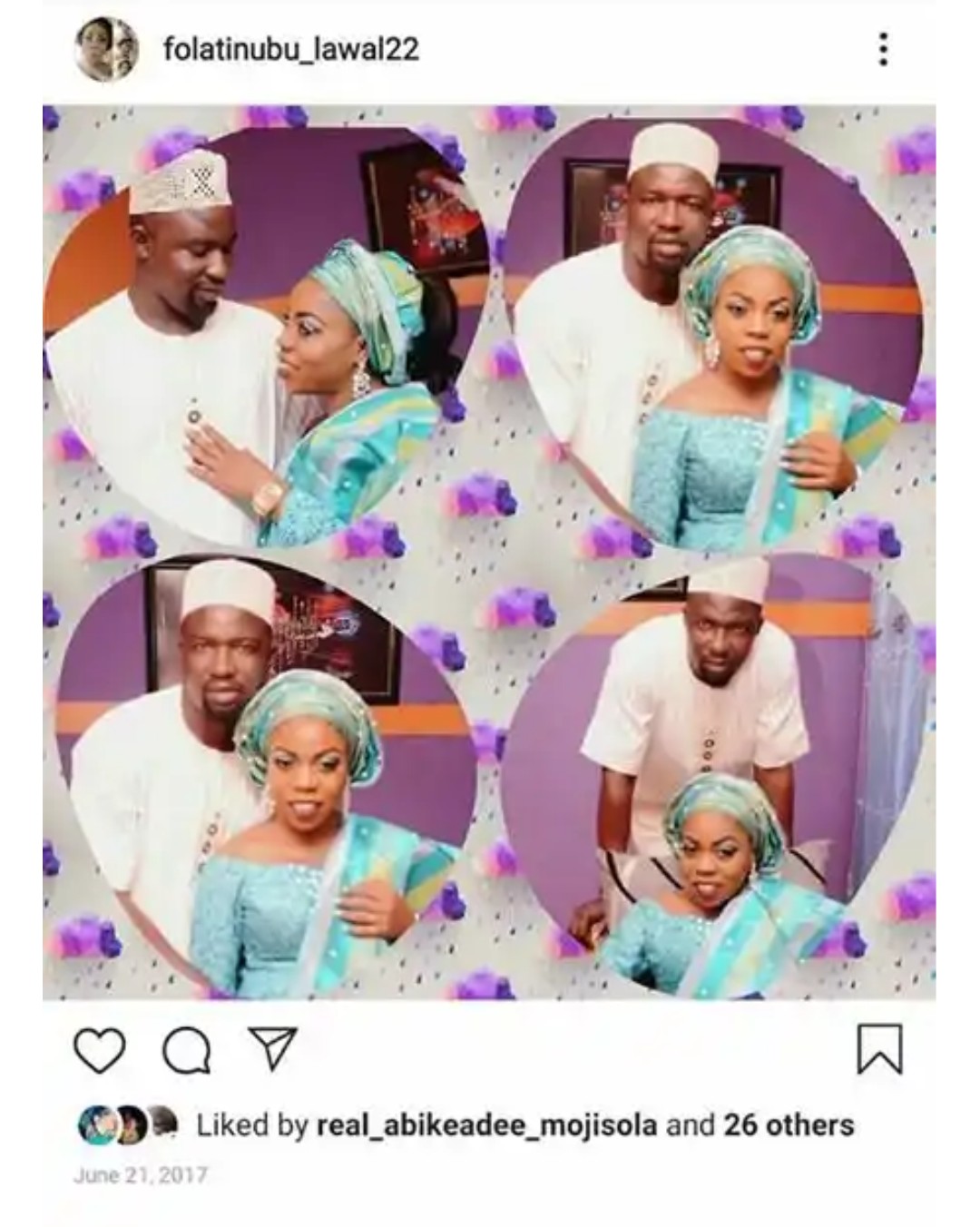 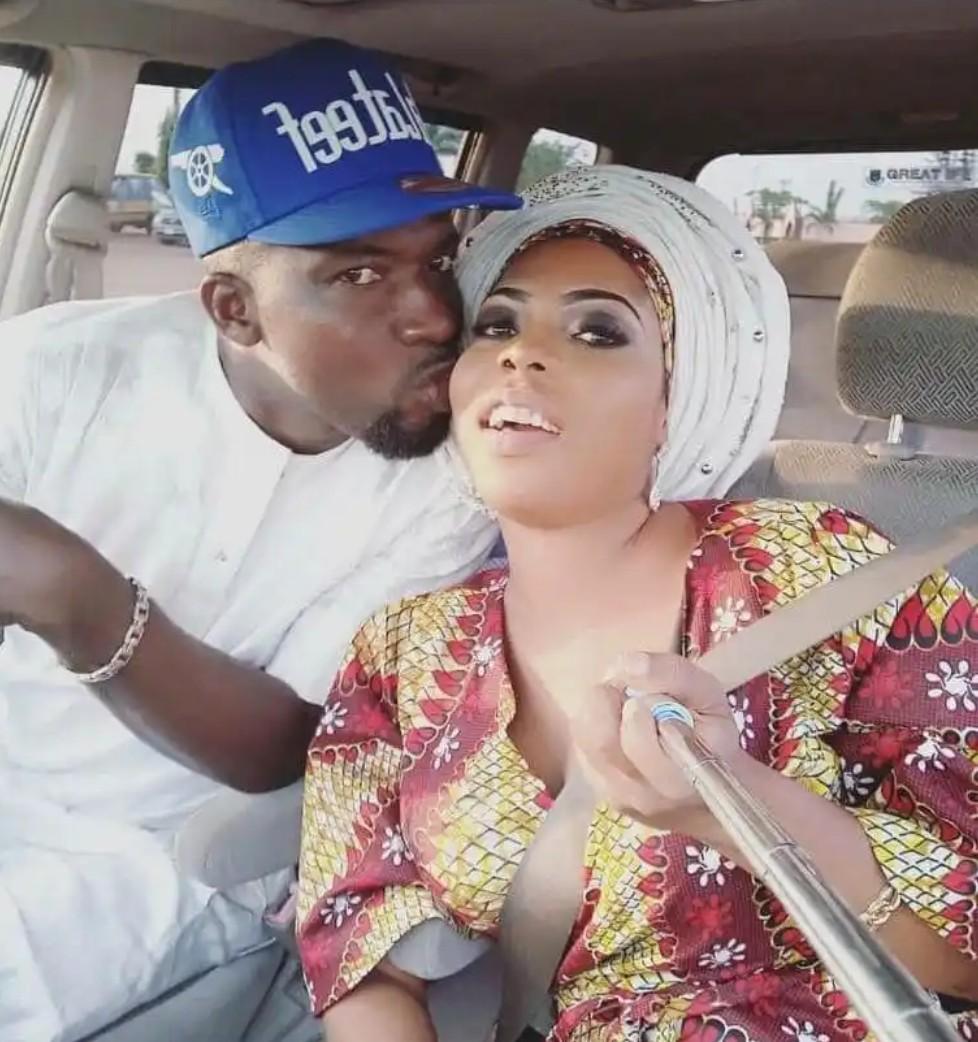 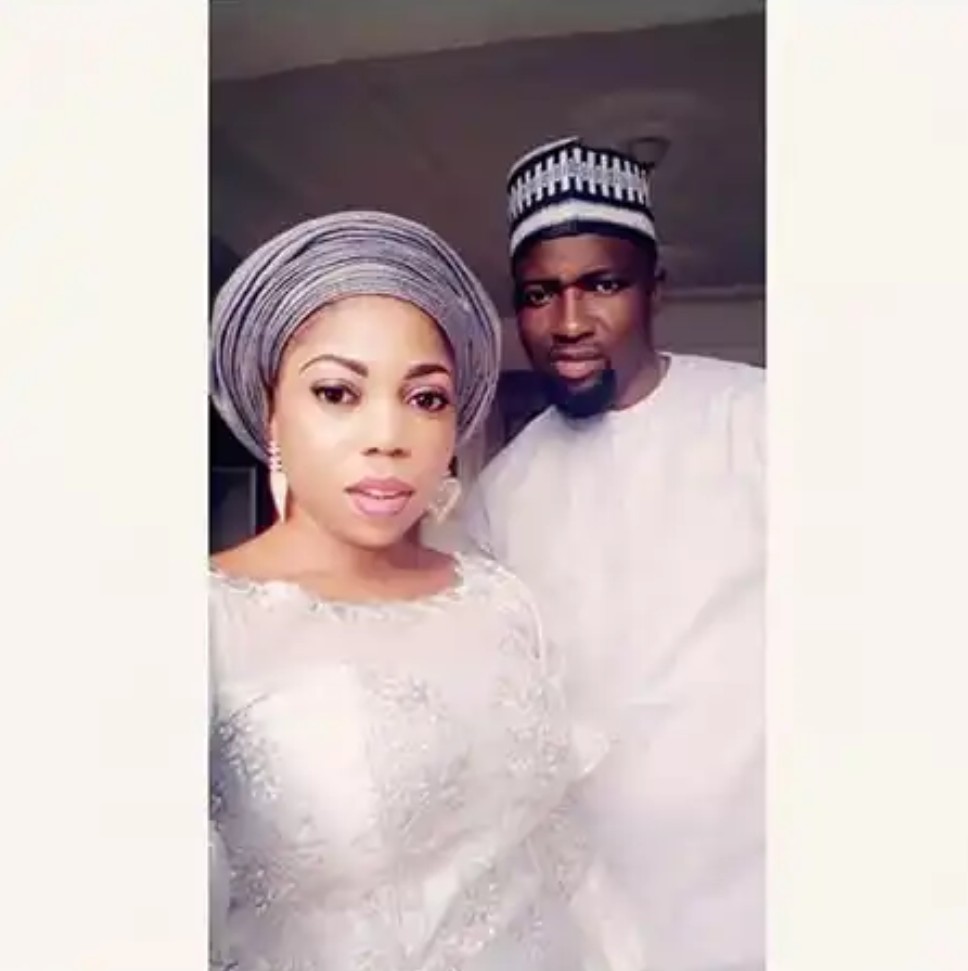 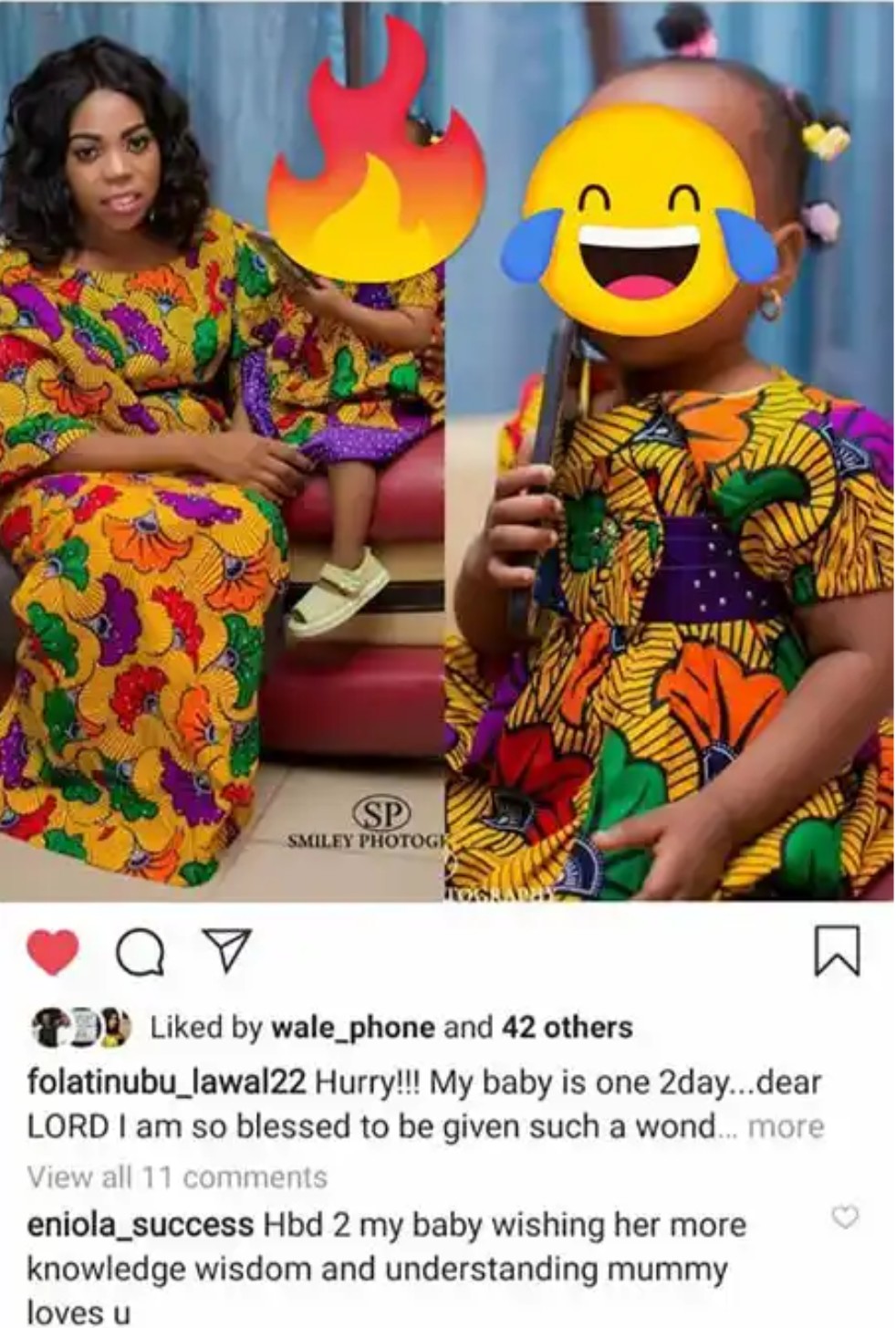 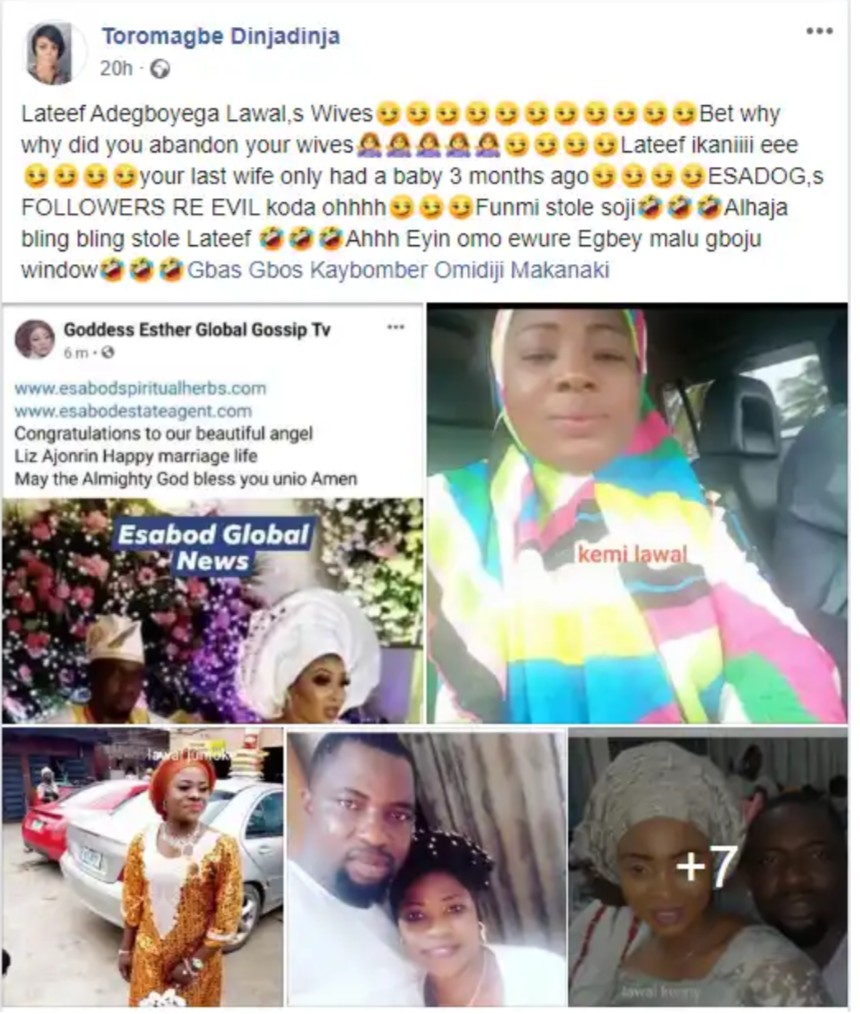 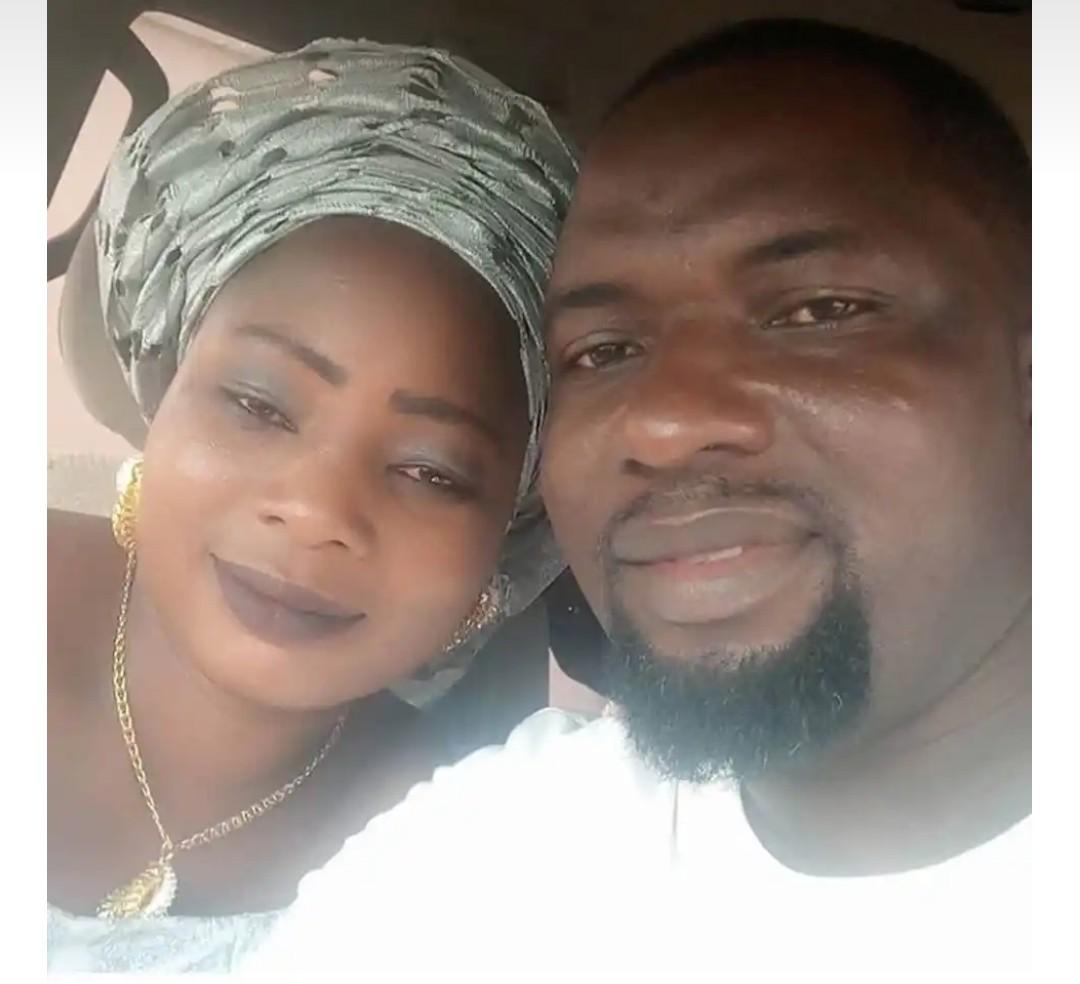 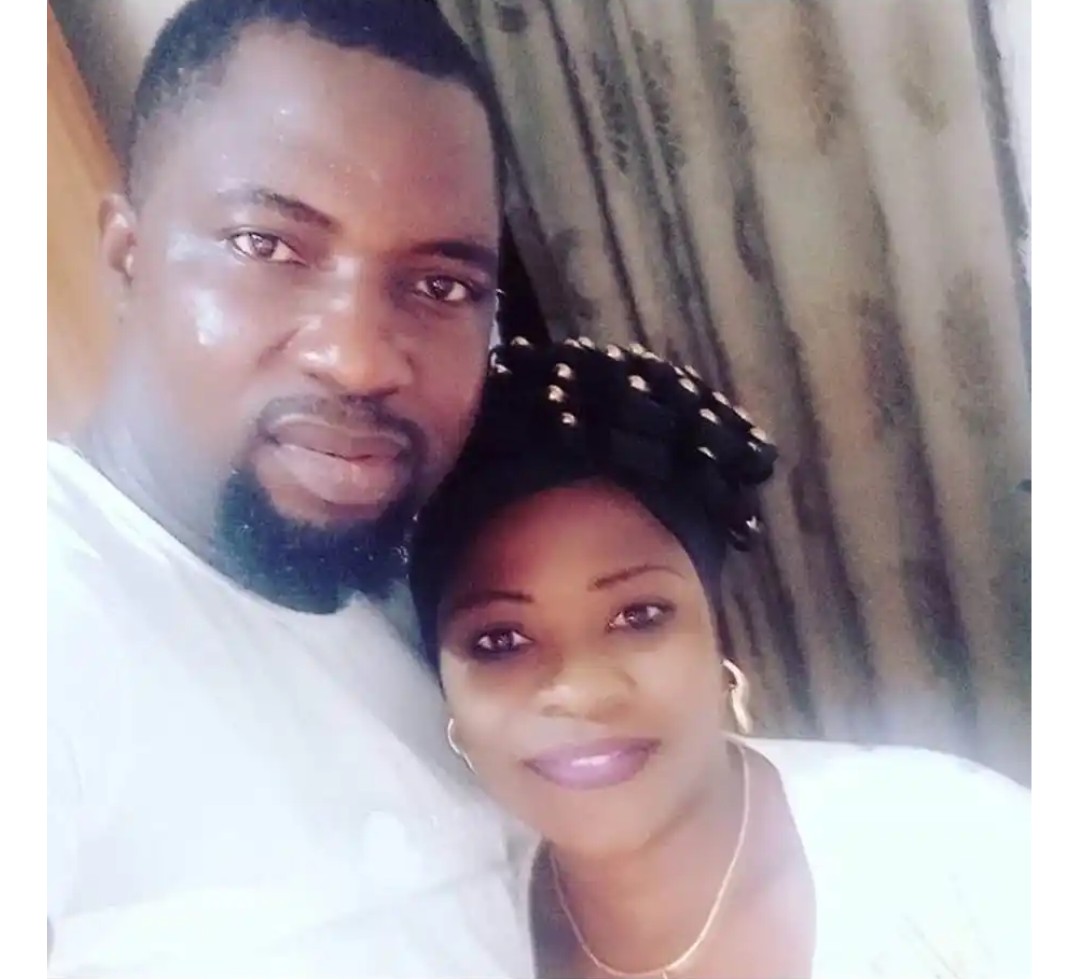 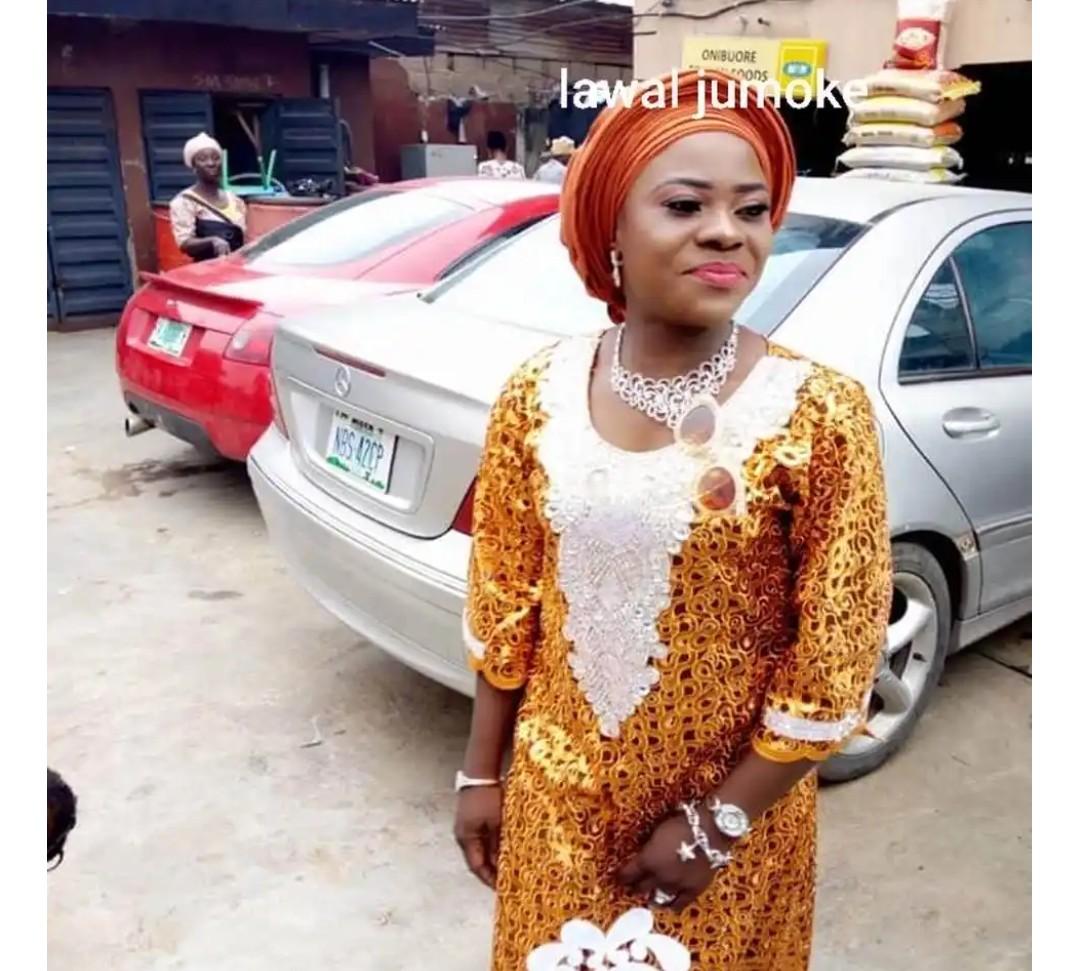 “I underwent more than one plastic surgeries because my first surgery failed”, Actress, Cossy Orjiakor opens up on what she did to her body