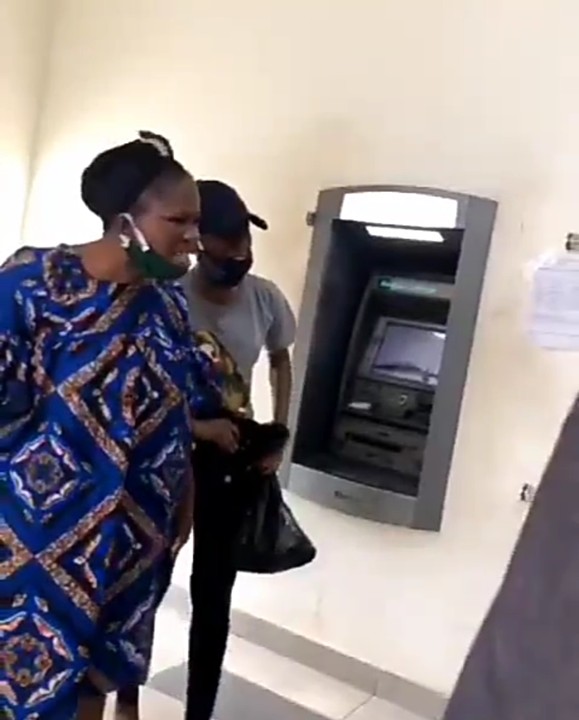 A video of a man who beats up a lady  ATM stand has been making rounds.  The argument all seem to have started with the same reason all ATM quarrel happens which is who got to the ATM stand in the first.

The man is seen in the video of threatening to beat her if she touches the machine and it wasn’t an empty threat as he did when she tried to use it.

Another young girl and an older woman came to her rescue with the help of a man who seems to be the security man at the point.

The man made to harass the second girl who sought protection with the older woman while they both condemn his action of beating the first girl.

Nigerians have since been reacting to the video most of them condemning the man’s action while some people expressed why they wouldn’t be quick to jump to a conclusion as what the girl did to deserve the beating from the man is not absolutely clear.