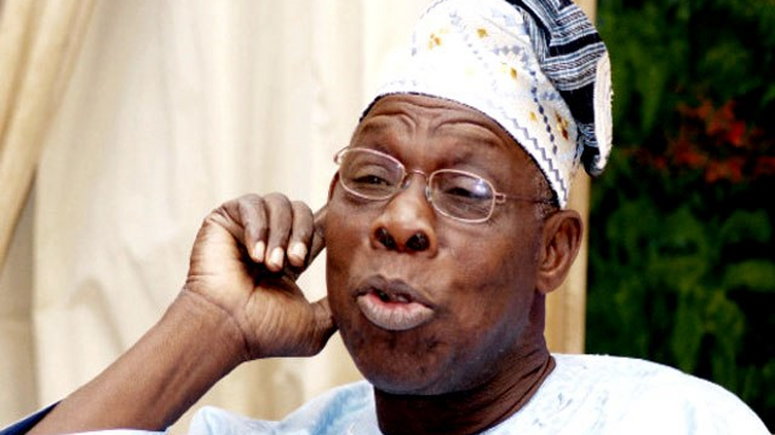 Residents of Olaogun in Ifo Ibogun area of Ogun State Tuesday morning woke up to loud noise and chaos as former president, Olusegun Obasanjo, stormed the area with a full team of armed security operatives and allegedly physically assaulted the wife of his close relative and top confidant, Adebayo Molaja, according to Sahara reporters.

According to eyewitness reports Obasanjo personally flogged Mrs Adebayo several times with a horse whip (Koboko) for an alleged ‘theft’ of N160m. It was not clear how the issue came about and what actually prompted the former President, who is also a retired military general, to take such action.

A resident of the area, who asked not to be named for safety reasons, however, told Sahara Reporters that Obasanjo was heard shouting “Omolaja, ole! Abiodun, ole! Won loji N160m (Omolaja thief! Abiodun thief! They said you stole N160m)” during the incident.

The resident added, “Obasanjo came from his Ota farm abode at exactly 5:00am while people were still sleeping. He was accompanied by fiery-looking security men armed to the teeth who condoned the residence of the Adebayos.

He immediately called out Mrs Adebayo and ordered the mobile policemen with him to form a barricade. He then proceeded with a horse whip (Koboko) to personally flog the woman several times.

“Many residents of the community were shocked. Hundreds of commercial bike riders popularly called Okada parked at the scene wondering whether there was an armed robbery incidence or any other tragic occurrence.”

#BBNaija: “I see myself close to Ozo. I may be bonding with him for now” -Dorathy

Lovely photos of Emanuella as she celebrates 10th birthday