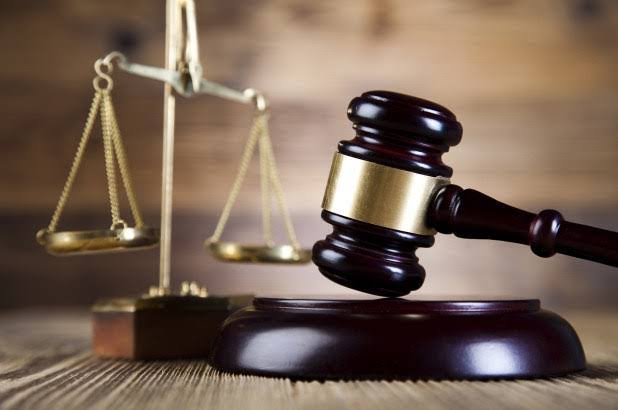 According to the reports, the Ebonyi State Police Command on Friday arraigned a 20-year-old man, one Obiemezie Chiekezie, before an Ebonyi State magistrate’s court, sitting in Abakaliki for allegedly stealing the phone of a female magistrate.

The magistrate, Mrs Ezeugo Esther, was reportedly jogging along Nna Street in the Udensi area of state capital around 5.30am when the suspect snatched the phone from her and ran away, PUNCH reports.

It was gathered that efforts to trace the suspect proved abortive on the day of the incident, until Wednesday when he was eventually tracked down by men of the Nigeria Police Force. Chiekezie was consequently arraigned on one count of stealing, on Friday.

The Police Prosecutor, Mr Sabastine Alunona, told the court that the offence was punishable under Section 402 (A) of the Criminal Code Cap. 33, Vol. 1, Laws of Ebonyi State of Nigeria, 2009.

The charge read, “That you, Obiemezie Chiekezie, on June 30, 2020, on Nna Street by Udensi Road, Abakaliki, in the Abakaliki Magisterial District, did steal a Samsung x20 valued at N180, 000, property of one Ezeugo Esther, by using violence to obtain or retain the property and overcome resistance, thereby committing an offence punishable under section 402 (A) of Criminal Code Cap. 33, Vol. 1 Laws of Ebonyi State of Nigeria, 2009.”

No bail application was made on the suspect’s behalf as he was not represented by any defence counsel.

But in her ruling, the Chief Magistrate, Mrs Nnenna Onuoha, granted him bail in the sum of N1m, with one surety in like sum.

According to her, the surety must be a resident within the jurisdiction of the court and have landed property which must be verified by the court. The case was adjourned till July 27, 2020, for hearing.

Husband denies abandoning his wife and kids because of their blue eyes, states real…