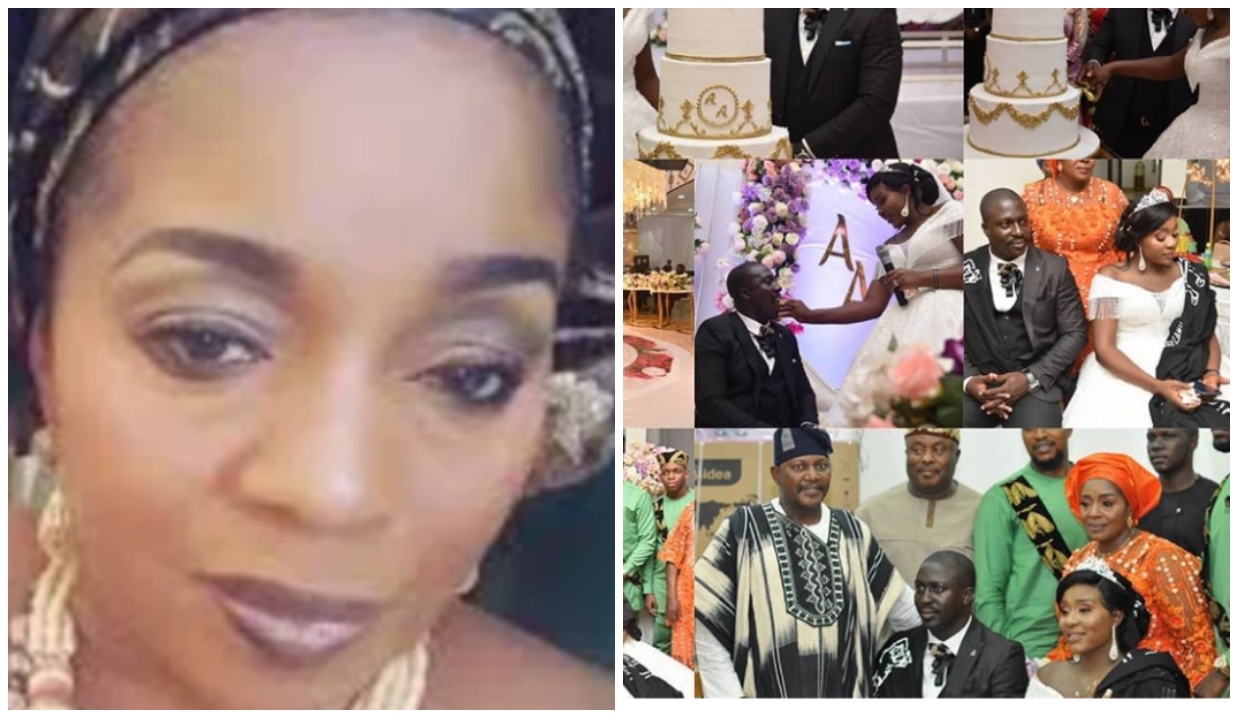 Veteran actress Rita Edochie who has often been mistaken as Pete Edochie’s wife until it was cleared some few years back, has given out her daughter’s hand in marriage!

Pete Edochie had explained that “She’s my younger brother’s wife. Her husband is seven years younger than myself.”

Wells Rita Edochie in a post via Instagram has revealed that Amanda Maria Edochie, her second daughter exchanged the marital vows with her lover on 11th of July, 2020.

‘Learn how to mind your own business’ –…

Nollywood actress, Rita Edochie reveals how she got pregnant…

Sharing a collage of photos from the occasion, Rita wrote “My GREAT people in the WORLD, i thank you so much for your prayers.
The WEDDING MY SECOND DAUGHTER AMANDA MARIA EDOCHIE WAS SUCCESSFUL AND AWESOME”

Already congratulatory messages from her colleagues have filtered in.