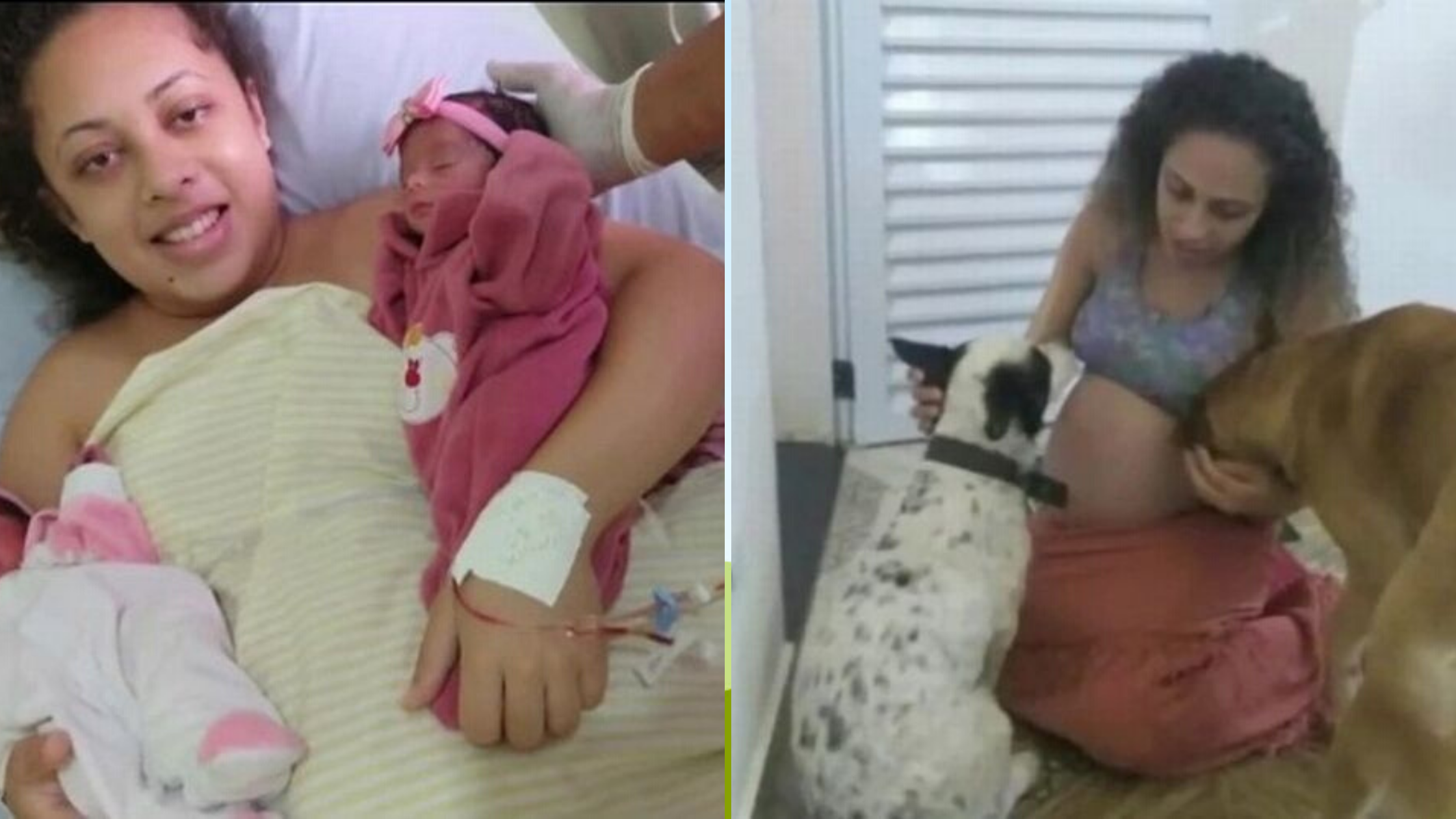 A jealous dog bites newborn twin girls of one Elaine Novais to death in Brazil. The newborn twin babies, — Anne and Analú —  were attacked and killed by their family dog. The mother of the premature twin sisters had left them briefly to speak to a neighbor when the dog attacked.

According to The Sun, the baby girls died on June 23,  a month later after they were prematurely delivered. Elaine was to go through a cesarean surgery to deliver the baby but they arrived a month earlier to the scheduled date of operation.

The dog involved in the killing had been in the family for five years. TheLabrador and American Foxhound mix used to be docile up until the arrival of the newborn babies. However, since the arrival of Anne and Analú, the dog became jealous and hostile.

The reports claimed on the day of the incident that happened in Piripá, in the northeastern state of Bahia, the 29-year-old mother of the twins rushed to her bedroom to rescue her after hearing their cries. But unfortunately, the dog had damaged their abdomen critically before she pulled the dog away.

Getting to the hospital, the doctors confirmed one of the babies died before reaching the hospital. the other suffered a cardiac arrest later and the medical team was unable to save her.

Hushpuppi and Mr. Woodberry extradited to the United States