“The owners of DStv, StarTimes are cheating Nigerians”- FG says as it moves to end Multichoice monopoly 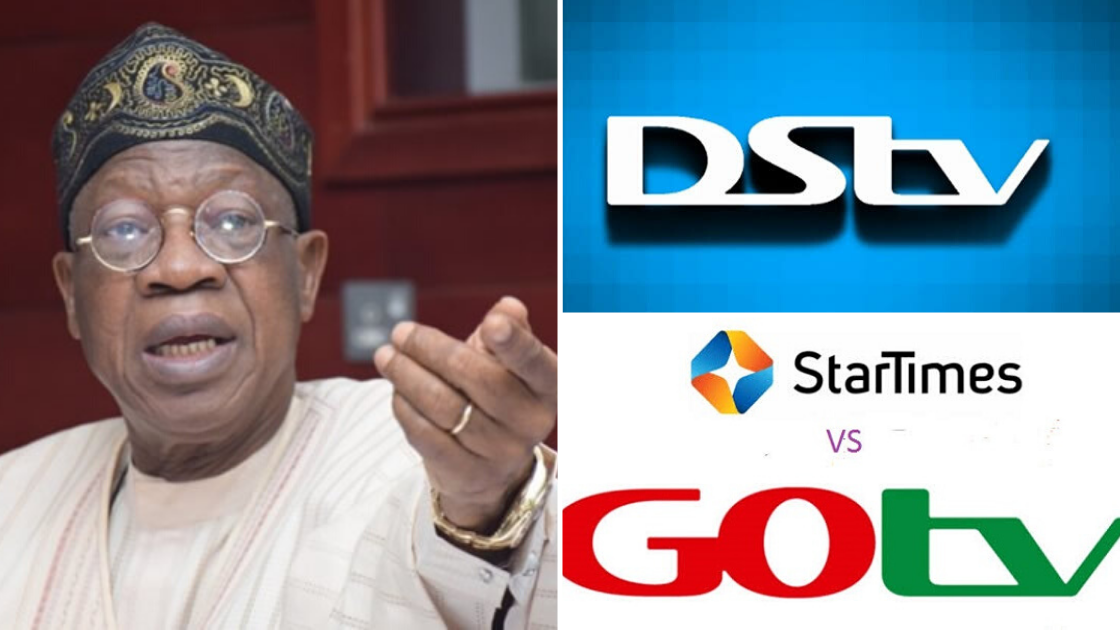 The South African Broadcasting group is about to see a big decline in their market as the Federal Government has revealed plans to end the monopoly enjoyed by cable television service providers. The FG has especially pointed out Digital Satellite Television, owned by MultiChoice, a South Africa-based company.

The plan is said to include ending exclusive rights to sporting events.

N50M worth of prizes up for grabs as Multichoice announces…

The government said it had amended Nigeria’s broadcasting code to prevent DStv and others from monopolizing their channels and contents.

The House has been probing DStv for allegedly cheating its Nigerian subscribers by restricting them to prepaid plans and increasing its subscription rates on June 1, 2020, despite the economic impact of COVID-19 pandemic lockdown on the people.

At the continuation of the investigative hearings organized by an ad hoc committee of the House on the matter in Abuja on Tuesday, Minister of Information and Culture, Alhaji Lai Mohammed, had dismissed claims by DStv that pay-per-view was not proper for the Nigerian market.

Mohammed noted that StarTimes, the cable arm of the Nigerian Television Authority, was already operating for some years.

In an audio recording obtained by our correspondent, Mohammed could be heard responding to questions from the lawmakers.

The minister said, “On the issue of increase in price for subscribers, with the onset of COVID-19, one of the first things we did in the ministry with the NBC (National Broadcasting Commission) was to provide succor to broadcasters.

“We suspended payment for the initial two months to all broadcasters so that they would be able to absorb the impact of COVID-19. Therefore, it will be unfair for those for whom we have suspended payment to also at the same time increase their own fees. And I’m sure that the DG of NBC will take up this matter.”

On the issue of monopoly, Mohammed stated that the President, Major General Muhammadu Buhari (retd.), had in 2019 set up a board of inquiry to look into the activities of broadcasting stations, to ascertain the potency of the broadcasting code and broadcasting act to curtail and regulate the industry against excesses.

Mohammed noted that some recommendations would require that the National Assembly amend the provisions of the Nigeria Broadcasting Act.

Earlier, Chairman of the committee, Mr. Unyime Idem, asked Mohammed and the acting Director-General of the NBC, Armstrong Idachaba, to order DStv to suspend its recent rates’ increment.

Mohammed immediately ordered the Idachaba to issue the notice.

Idem had stated that the minister and all stakeholders present should ensure and commence full implementation of its directives.

The House committee’s order included “a marching order to the service providers, particularly Multichoice’s DStv, to reverse the recent June 1, 2020 price hike and revert to the old price as this is not the best of times to increase the prices of services, no matter the reasons for such increase, taking into consideration the ravaging effect of COVID-19 on the economy of Nigerians.”

It added, “Come up with a robust strategy to break the monopoly and open up the industry for larger participation. PAYG regime for digital TV broadcasting in Nigeria, with particular reference to DStv, GOtv, StarTimes, and Kwese TV.