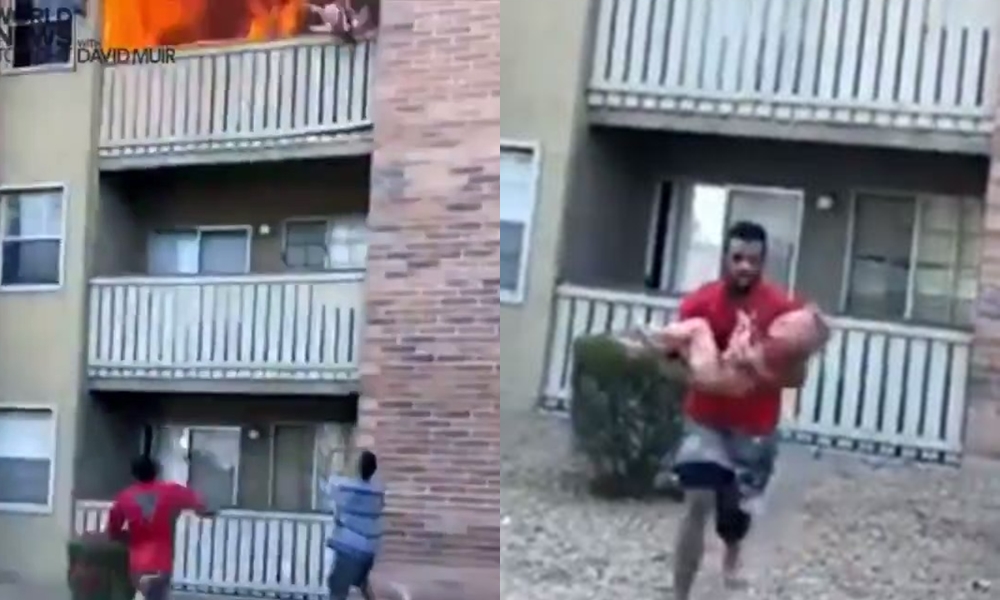 A 28-year old man is being hailed as a hero after he helped saved a baby thrown from a third-floor apartment that was on fire over the weekend. Phillip Blanks, a former college wide receiver and retired U.S. Marine, was filmed in a heart-stopping video diving to catch the 3-year-old boy as he was dropped from the balcony of the burning third-floor apartment in Phoenix, Arizona, Friday, July 3, 2020.

Blanks said he was going for a workout with a friend who lived next door to the apartment when he heard the screaming and quickly rushed to the building to catch a young child he says was “twirling like a helicopter” as he fell through the air.

“People were screaming, ‘There are kids up there’ and to throw the kids down. I saw another guy was standing there ready to catch the boy, but he didn’t look like he was going to do it, so I stepped in front of him.”

The former college wide receiver caught the boy and brought him to safety, the news outlet reported. The toddler and his 8-year-old sister suffered critical injuries but their 30-year-old mother died in the blaze, authorities told the Arizona Republic. 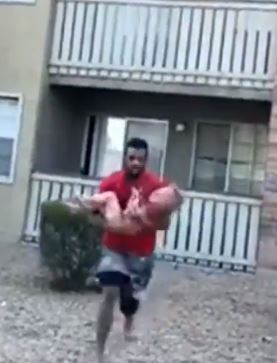 LIFESAVING CATCH: Eyewitness video shows Phillip Blanks – a former college wide receiver – sprint to the scene of a third-floor apartment fire in Phoenix before catching a small child thrown from a balcony; the mother of the child did not survive. https://t.co/CyIuiva87p pic.twitter.com/egzOxE5bFr