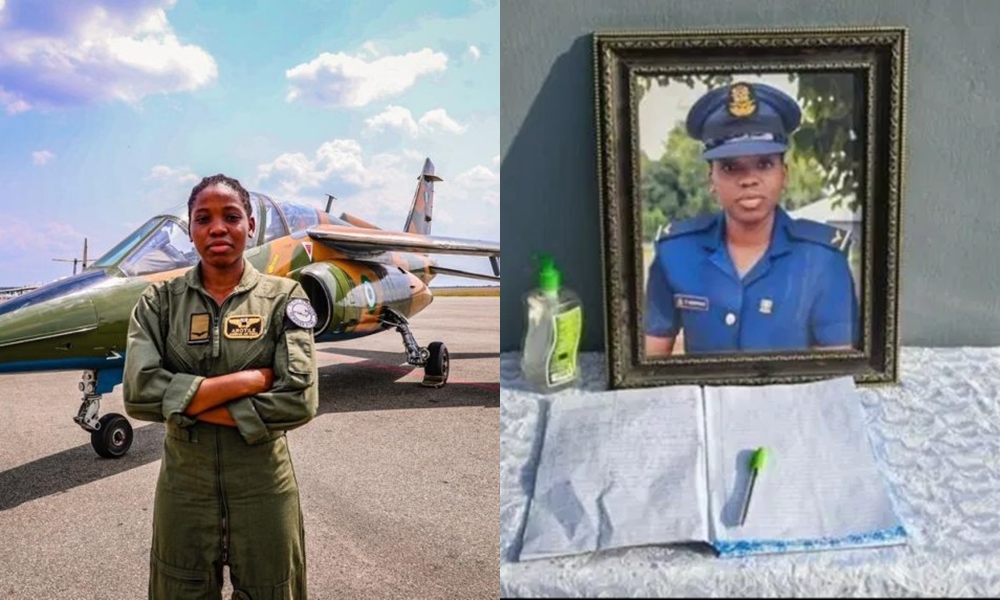 Preliminary investigation into the death of Nigeria’s first female helicopter combat pilot has begun as the Nigerian Air Force (NAF) has arrested some two suspects in connection to her death.

Tolulope Arotile died from complications she sustained from head injuries she sustained in a road accident. The spokesperson for the NAF explained that a classmate saw her and reversed his car which led to him hitting her.

“First of all, in my first statement, I said she died from a road traffic accident. I further clarified the nature of the road traffic accident where one of her excited classmates who saw her reversed his car which led to him hitting her and knocking her down. This led to head injuries and a lot of haemorrhaging which ultimately resulted in her death”

“The two boys are in custody and the NAF will do a thorough investigation into the matter. It is a routine process – our own processes that are ongoing because it happened inside a NAF base. At the appropriate time, whatever information needs to go out will go out. But we cannot pre-empt that investigation process.
“Whatever needs to be known will be known; it is standard practice. So, we are investigating the circumstances leading to her death by a road traffic accident. It is an investigation because it may go beyond NAF,”

See photos of a pregnant woman with an abnormal baby bump that is going viral online -How many babies do you think she is carrying?