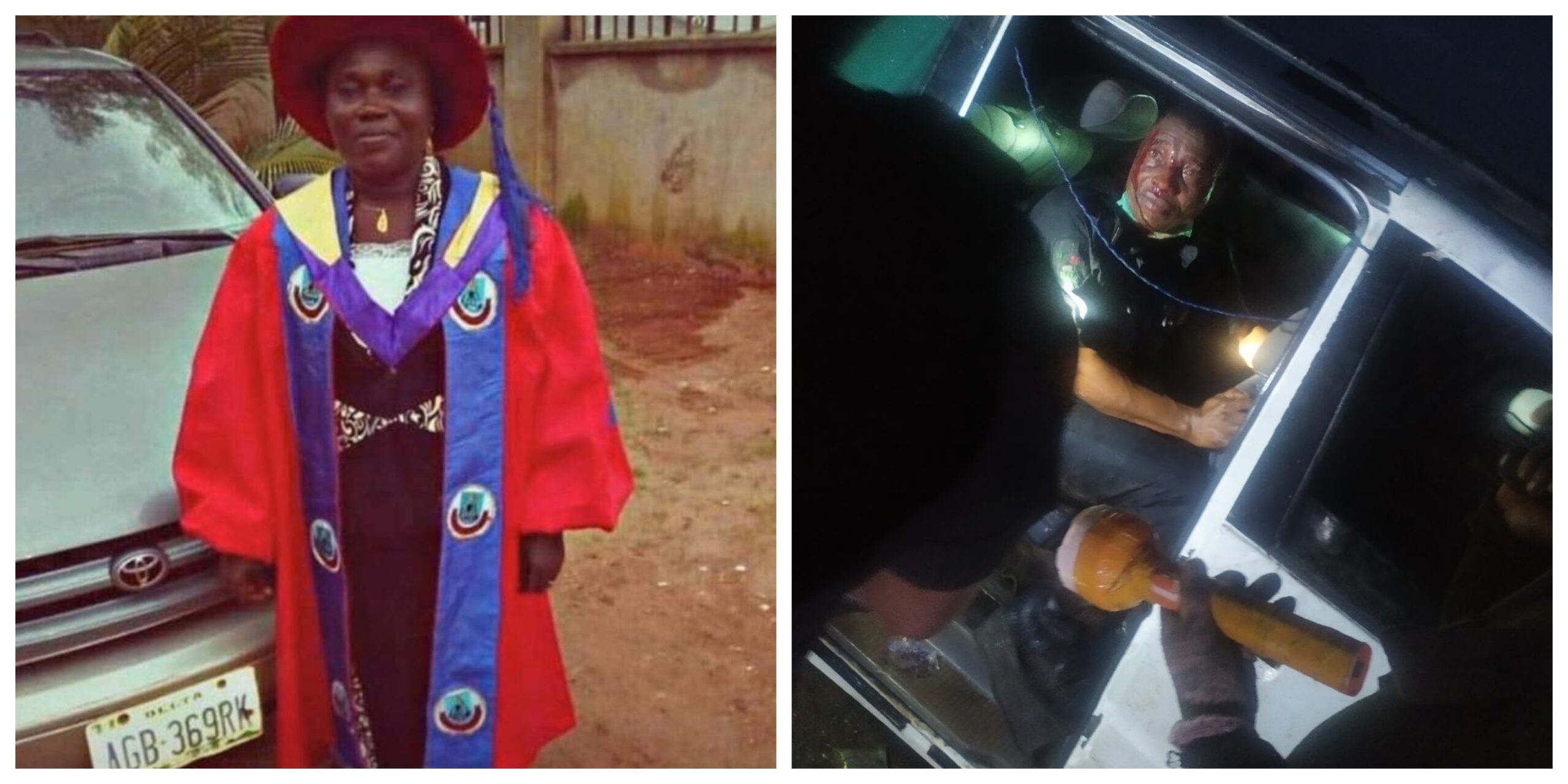 Dr. Stella Okotie, a staff of the University of Benin, was on Tuesday sent to an early grave when a commercial bus driver running away from police extortion rammed into her. 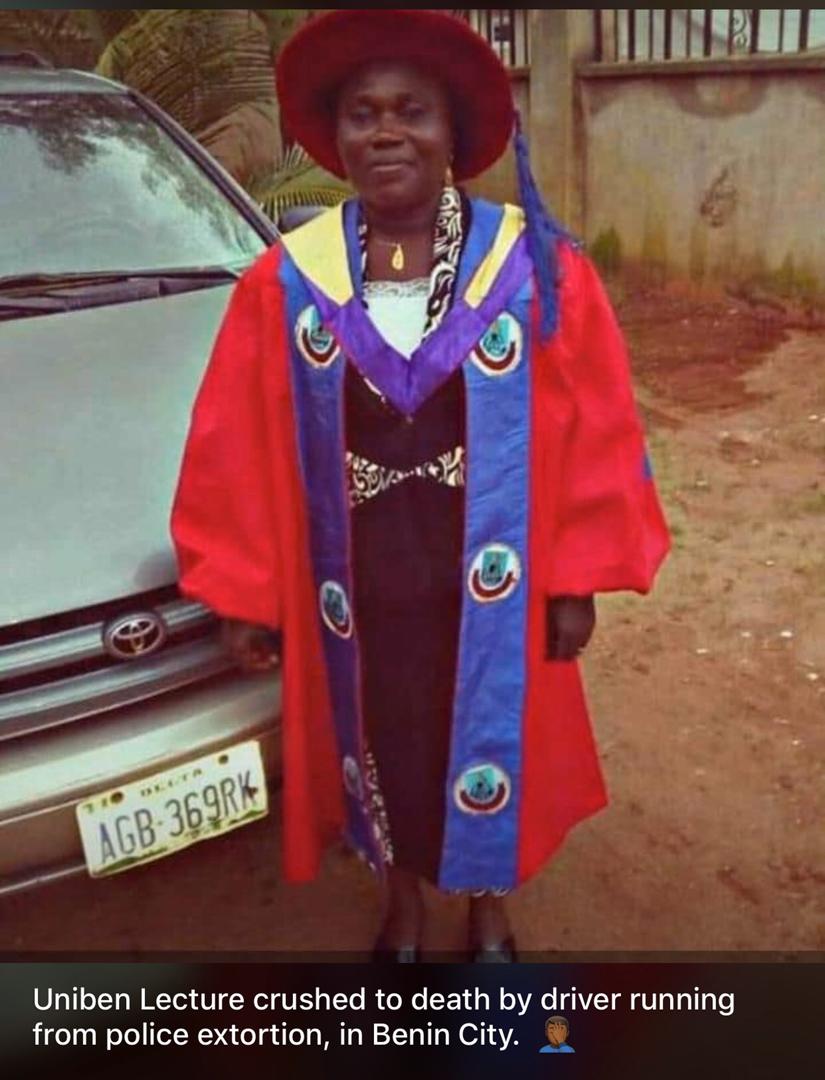 The deceased was until her demise, a lecturer at the UNIBEN faculty of Education. Aside from Okotie, one person was said to have also been killed with another sustaining some injuries. 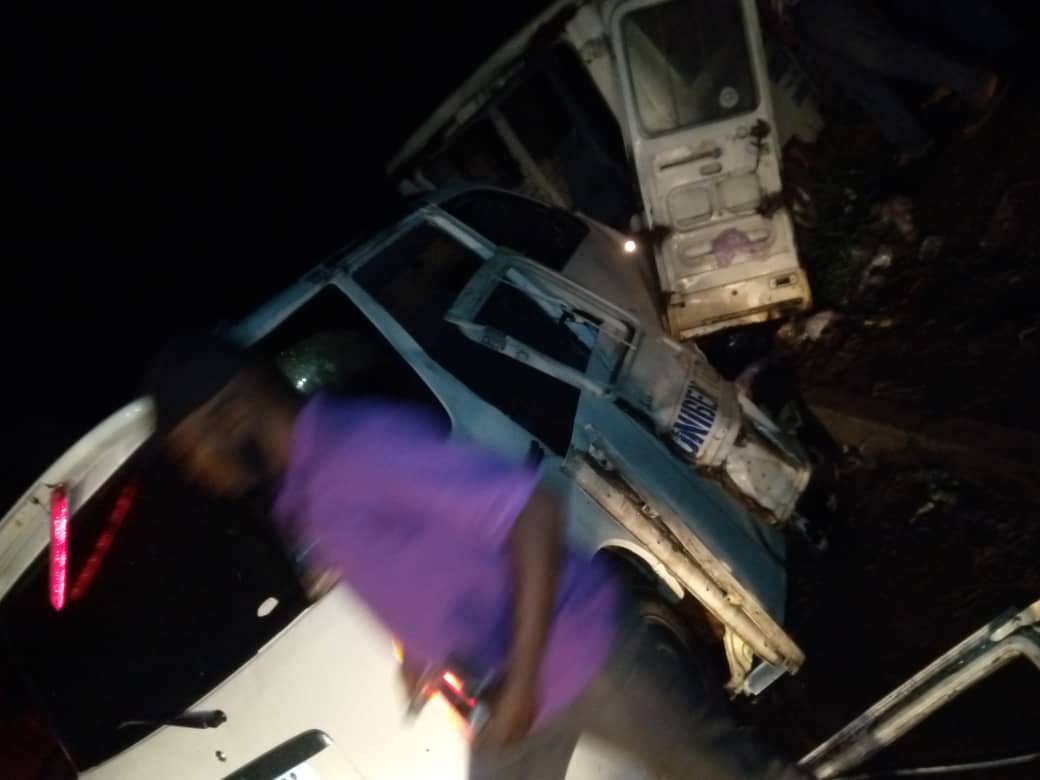 The victims were killed while a commercial bus driver was running away from the police officers who had earlier flagged his vehicle down, demanding an N100 bribe. 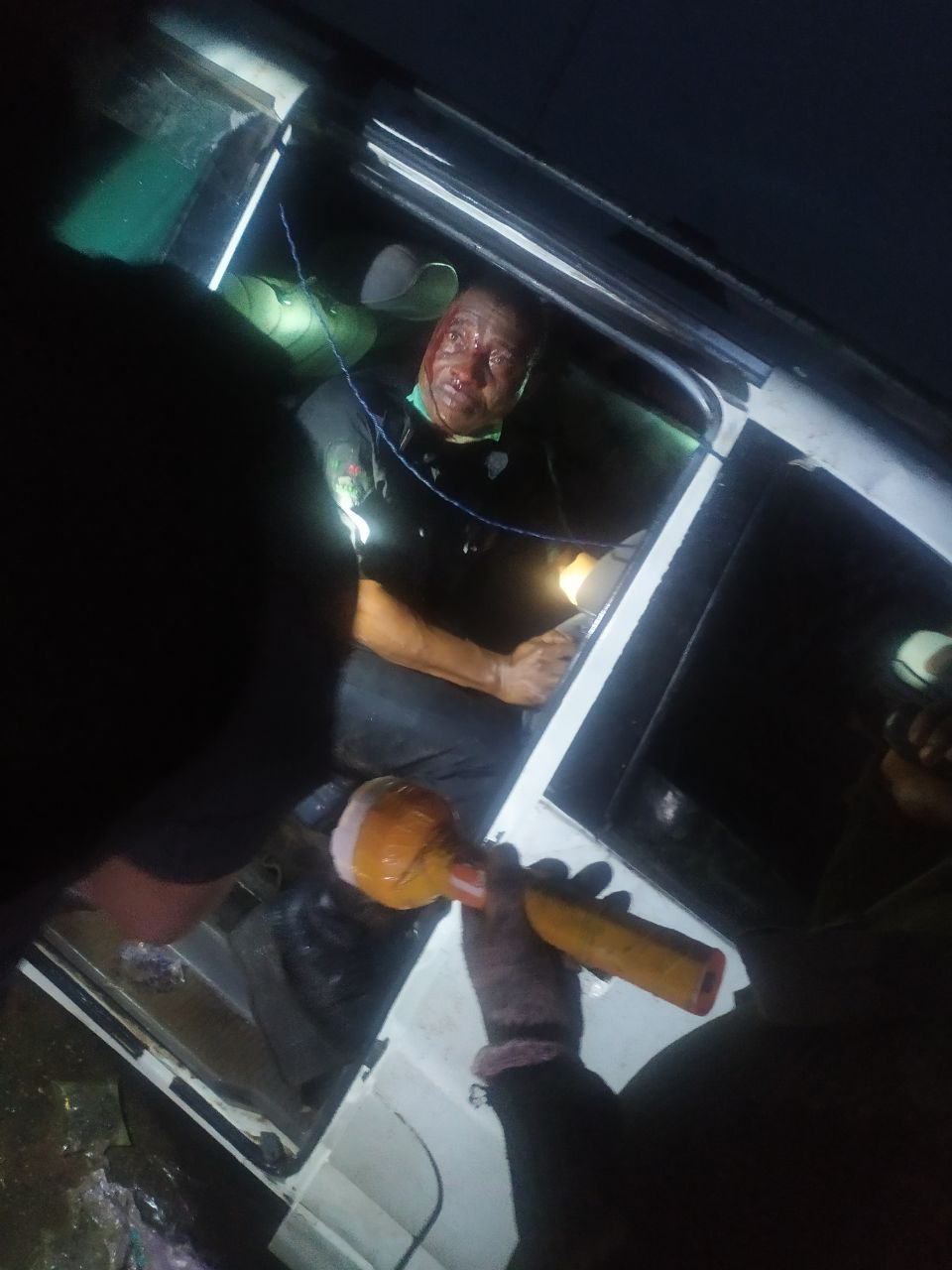 One of the officers was said to have jumped into the moving bus and engaged in a physical struggle with the bus driver, dragging the steering wheel in the process.

According to an eyewitness, the late UNIBEN staff was standing at the walkway alongside her husband, Dr. Williams Okotie, also a staff of UNIBEN and her son when the bus hit her and their stationery UNIBEN water supply van.

“The police officers were pursuing a commercial bus in the quest for money leading to a physical struggle between one of the officers and driver of the vehicle,” he told CAMPUS GIST. 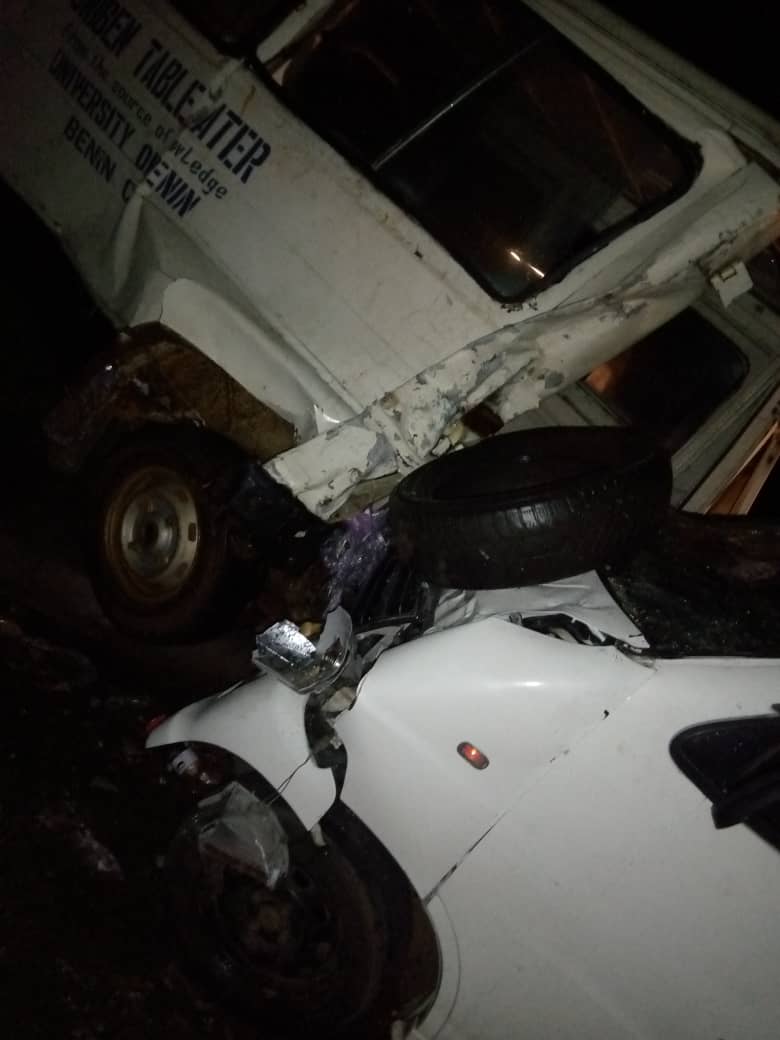 “While the police were struggling the steering wheel with the driver, the bus ram into Dr. Okotie who was standing on the walkway just by the side of her vehicle killing her on the spot.”

Following the incident, the police officers fled the scene leaving behind one of their colleagues who was beaten to pulp and almost left for dead by an angry mob but for the quick intervention of a woman believed to be his wife. 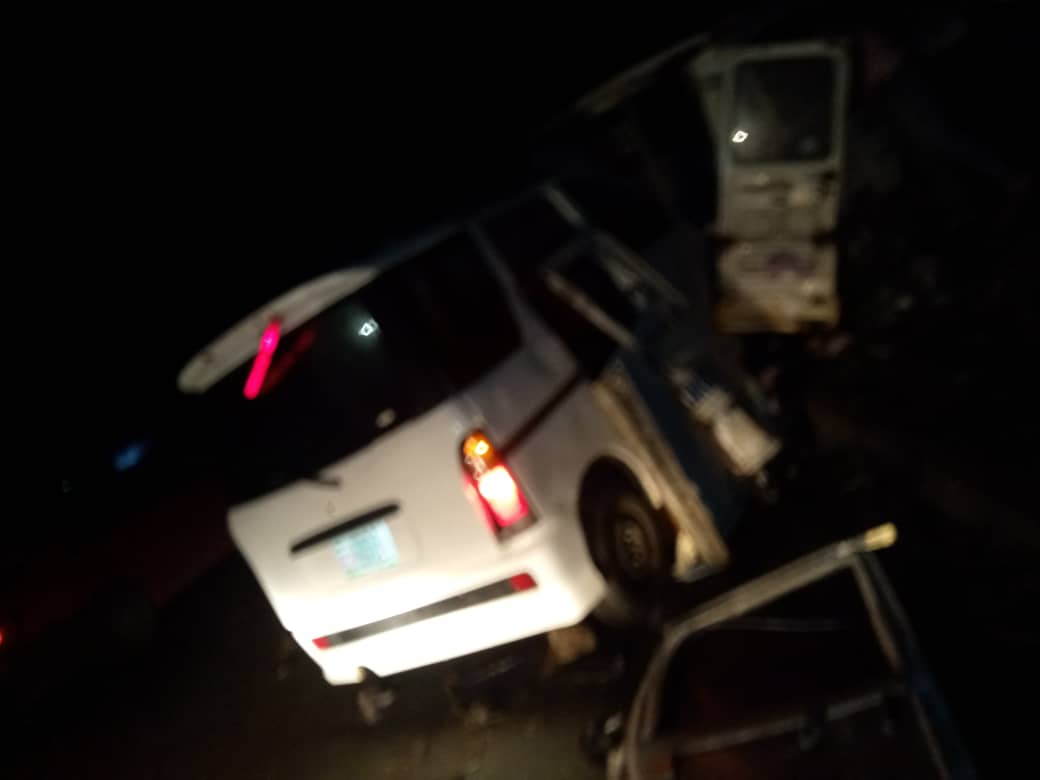 The Police Public Relations Officer, DSP Chidi Nwabuzor could not be reached for comments. The university management is yet to issue a statement as at the time of filing this report.

In response to the incident, the UNIBEN medical students are embarking on a solidarity protest on Wednesday (today) against the killing of the mother of their former colleague.

A statement issued by Comr. Goodluck Eghosa Osemwenkhae, Director of Information, Media and Publicity, on behalf of the union, said the protest would cover the police headquarters and the Edo state government house.

BBNaija is evil, we must clampdown on it – Christian Association of Nigeria (CAN)