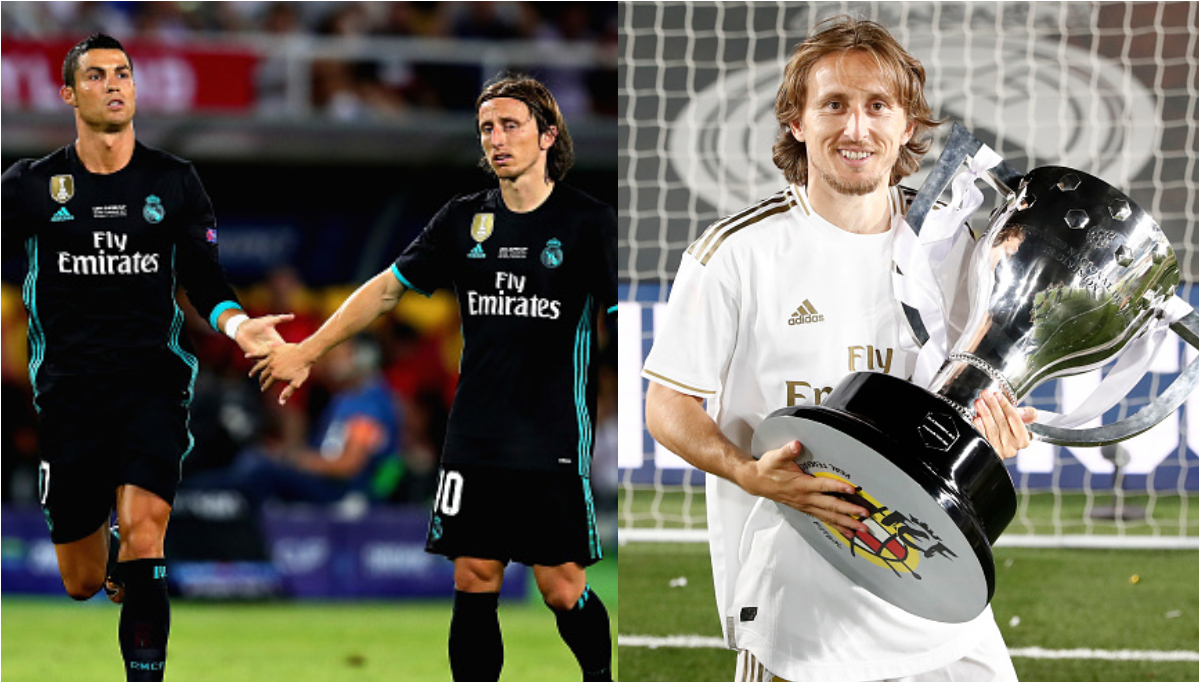 Real Madrid player, Luka Modric in a statement that looked like a shade claimed that he knew Cristiano Ronaldo’s departure would not hinder their trophy drought for long.

Modric insisted he never doubted that the glory days would return to the Santiago Bernabeu.

Cristiano Ronaldo becomes first person in the world to hit…

The Croatian midfielder was asked whether Ronaldo’s exit affected the winning mentality within the squad, he told Sportske Novosti: “It is not necessary to discuss how important Cristiano was for Real Madrid.

“But I must say that we were not overwhelmed by the fact that he was not there in the sense that we could not have the same ambitions.

“We were convinced that we would continue to win without him.”

No @Cristiano? No problem 💪

Modric always believed in life after CR7 at @realmadriden